NEW YORK — Prime Minister Justin Trudeau says he takes President Donald Trump at his word when it comes to upcoming trade negotiations and continues to believe adjustments to NAFTA will be minor.

The prime minister made the remarks in an interview with NBC stalwart Tom Brokaw on an empty Broadway stage Wednesday, following a high-profile screening of a Canadian-themed play that was attended by the president’s daughter Ivanka.

It also followed a few days of signals from some key actors in the U.S. that they want important changes in the deal. That includes members of an influential Senate committee who want to open up Canada’s controls on dairy and poultry imports.

It’s not yet clear whether those demands will wind up on the negotiating table when talks eventually start, or whether the lawmakers’ remarks about home-state industries reflect their own domestic politics. 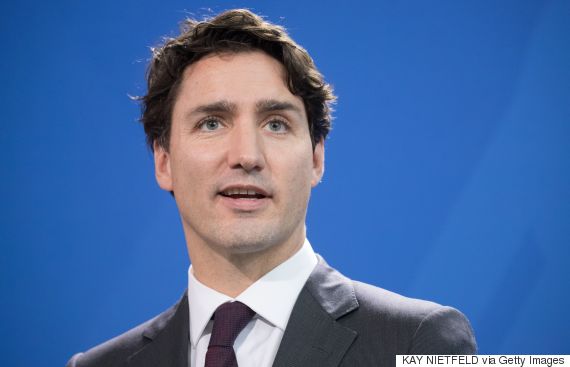 Prime Minister Justin Trudeau says he still believes any changes to the U.S.-Canada trade relationship under a new NAFTA deal will be minor. (Photo: Getty Images)

Their remarks were a departure from the president’s: when he met Trudeau at the White House, Trump spoke of making only minor tweaks to the trade relationship with Canada and more significant ones with Mexico.

“I very much take him at his word when he talks about just making a few tweaks,” Trudeau told Brokaw, in an interview that aired on Thursday’s “Today Show.”

“Because that’s what we’re always happy to do.”

He noted that NAFTA had been altered a dozen times over the past 20 years — although those really were minor tweaks to rules of origin that did not require a vote in Congress.

It appears the changes this time will require a vote. The administration is committed to working with Congress now and Commerce Secretary Wilbur Ross is talking about adding entire new chapters.

Trump’s nominee for trade czar was peppered with questions this week by the Senate committee that will be involved in consultations, and he expressed a willingness to raise supply management when senators pressed him on the effect that import controls have on their home-state economies.

The administration itself has made conflicting noises on whether Canada is an ally or adversary in these trade talks. On the one hand, Ross has spoken about tough negotiations with Canada and Mexico. On the other, trade adviser Peter Navarro is floating a North America First-type idea wherein car parts produced in Canada, the U.S., and Mexico would get more favourable treatment at the expense of imports from Asia.

NBC’s interview occurred after a Broadway play about Canadians helping Americans following the 9-11 terrorist attacks. Trump’s daughter Ivanka was in attendance and, on the day a U.S. court halted the president’s revised ban on travel from six predominantly Muslim countries, some media drew attention to the fact that Trudeau brought her to a show about welcoming stranded outsiders.

In fact, the prime minister, his wife, diplomats from 125 countries, and cabinet ministers took in the play, “Come From Away,” about residents of Gander, Nfld., welcoming thousands of stranded passengers on 9-11.

One subplot of the play involves discrimination against a Muslim traveller in the group — the man is a world-class chef, sidelined from participating in kitchen tasks because, in the aftermath of the attacks, people are scared of him.

“I very much take him at his word when he talks about just making a few tweaks.”

After the play, Trudeau did little to discourage or encourage comparisons that might strain relations with the White House as he met with audience members and exchanged hugs with the real-life people whose experiences inspired the story.

Texan Kevin Tuerff, who inspired one of the characters, said the event changed his life. After the tragedy, he gave employees at his company the day off on anniversaries of the attack and ordered them to spend the day committing acts of kindness.

He told the prime minister that he appreciated his approach to welcoming refugees, contrasting that with his own country.

It was a similar, albeit longer exchange on that theme with Brokaw.

The NBC interviewer invited Trudeau to draw contrasts between himself and Trump: “(Trump has) made another effort to shut down or at least diminish the opportunity for immigrants to come here. Another judge has stepped in. You say, ‘Everyone is welcome here.’ What’s going to be the impact of that long-term, not just politically but economically and culturally?”‘

Trudeau replied: “We’ll agree to disagree on certain things. But I know, and I’ve always felt for Canada, that we recognize that diversity is a great source of strength.”
Source: HP