Major Earthquake In Canada Could Plunge Economy Into Crisis: Report

OTTAWA — Conservative leadership hopeful Maxime Bernier is appealing to innate Canadian frustration with the stresses of air travel by promising to shake up the country’s airline industry, should he become prime minister.

The Quebec MP, who has made privatization and deregulation a central theme in his campaign to take over as Tory leader, said Wednesday he would ease foreign ownership restrictions on airlines and privatize Canada’s major airports. 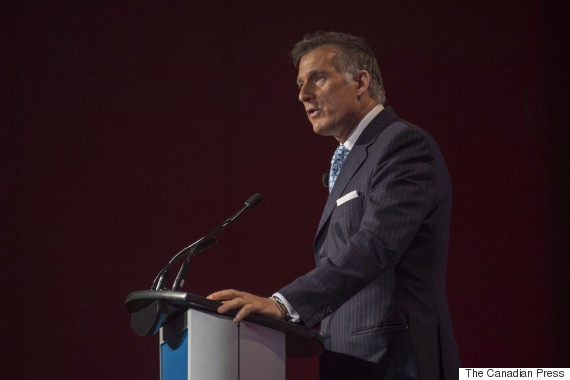 “But like many other sectors of our economy, such as telecommunications and supply management in agriculture, it suffers from a lack of competition and from prices that are too high.”

One of five current contenders for the Conservative leadership, Bernier has previously promised to deregulate the telecommunications industry, end supply management for the egg, chicken and dairy industries, and privatize Canada Post.

Bernier said he would encourage more budget carriers by lifting foreign ownership restrictions on airlines that fly only inside Canada. Carriers that fly internationally, such as Air Canada, WestJet and Porter, would remain majority owned in Canada.

Several discount airlines have asked the Liberal government to raise the current foreign ownership restrictions from 25 per cent to 49 per cent to help get them off the ground. Bernier said doing so would help connect smaller cities and regions that are currently underserved.

The previous Conservative government also promised to ease foreign ownership restrictions on Canadian airlines, but never did. Bernier, who served as industry and foreign affairs minister at different times under Stephen Harper, says he doesn’t know why that action was never taken.

Bernier also took aim at Canada’s 26 major airports, which have been managed on a not-for-profit basis since the 1990s. Under the arrangement, the airports pay rent to the federal government, which former federal minister David Emerson estimated in a report published in February at $5 billion since 1992.

“The major reason why ticket prices are so high in Canada is that the federal government continues to treat airports as cash cows that should be milked as much as possible.”

“The major reason why ticket prices are so high in Canada is that the federal government continues to treat airports as cash cows that should be milked as much as possible,” Bernier said. “These rents can represent up to 30 per cent of airport operating budgets, costs that are of course passed on to travellers.”

Bernier, who raised $57,000 in the last quarter for his leadership campaign compared to $235,000 by leadership rival Kellie Leitch and $85,000 by Michael Chong, also said he would let jets to land at Toronto’s Billy Bishop island airport. He would also seek to have more flights to Canada from foreign carriers.