Vancouverites Are Fed Up With Perfectly Good Houses Being Torn Down

Only in Vancouver would a $7.4-million home in a desirable neighbourhood recently upgraded with $300,000 in renovations be slated for demolition to make way for a bigger, newer house. And people are sick of it.

Dozens of protesters gathered Sunday to highlight the planned teardown of 6088 Adera St., a 7,300 sq.-ft. home in the leafy community of Shaughnessy.

Built in 1996, the home has new hardwood floors and an indoor pool, but the owners have applied to the city to raze it for a new single-family dwelling.

“It’s better than most of us could ever dream of living in, and yet it’s going to go to the dump,” Martha Cheney, one of dozens of protesters, told Global News. 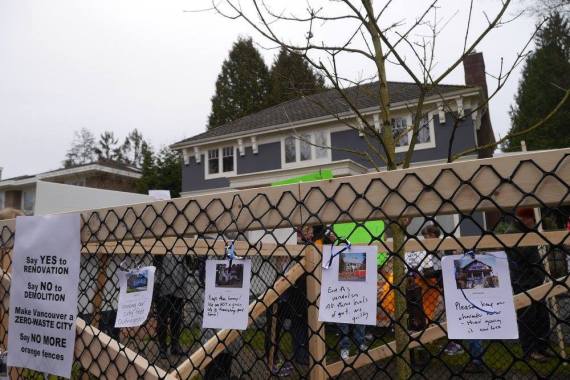 “One it is not green, two it is not increasing affordability and it certainly doesn’t do anything for the city’s density,” said Caroline Adderson, an author who runs Vancouver Vanishes, a Facebook community dedicated to the city’s heritage homes, in an interview with CBC News.

Vancouver Coun. Adrianne Carr said the practice of tearing down homes to replace them with bigger ones is adding to rising home prices in the city. She told CBC at the protest that changes to zoning bylaws may be needed to curb it.

Tearing down the Adera Street mansion will affect the neighbourhood, she said, because larger homes that tend to replace older properties sit empty as investments. That in turn dampens the vibrancy of communities and leads to low enrolment in local schools.

“This is a snowballing process that is really changing the very fabric of the social life and the physical landscape that makes Vancouver so unbelievably precious,” she said in a Global interview. 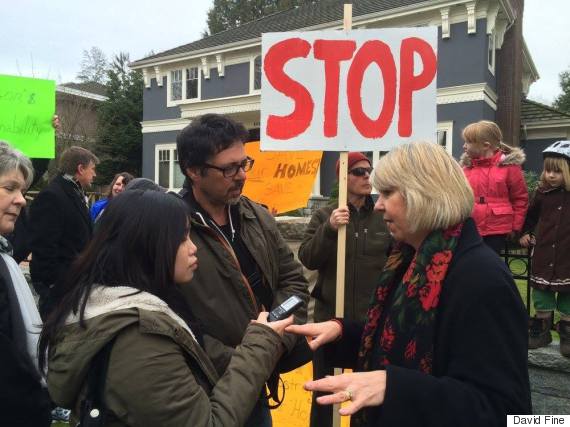 “It’s that tearing down and replacement cycle that’s happening at such a rapid pace that’s pushing the housing prices up,” she added in an interview with The Globe and Mail.

However, Richard Yourker, who lives in the area, disagreed with the protest, telling CTV Vancouver that “people should be able to build a home that suits them.”

The protest comes as The Globe and Mail published a feature on a legal, but controversial, flipping technique used by real estate agents in Vancouver. The outlet found a grey market where properties are “re-assigned” at least once before a deal closes, allowing agents to cash in on multiple commissions.