Amish Give Up Pricey Ontario, Head To P.E.I.

Unions Should Oppose Advertisements And Cars

OTTAWA — Prime Minister Justin Trudeau is promising to be flexible and fair with billions in new infrastructure money as mayors from the country’s biggest cities press the Liberals for carte blanche on the new cash.

The details around how cities will be able to use the promised new infrastructure money will be unveiled in the budget.

Trudeau said the new program — valued at $60 billion over the next 10 years — would meet the needs of communities and get money “flowing in a responsible and rapid way.” 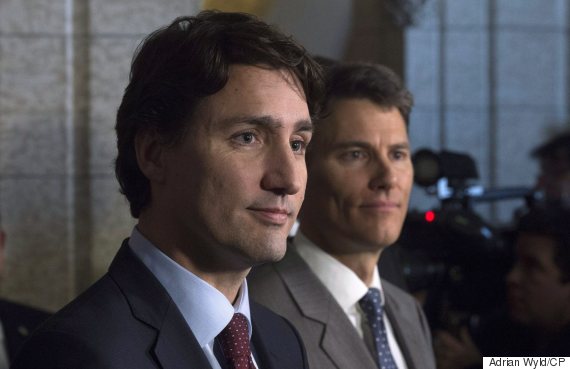 “Cities across the country have varied and diverse needs and we’re meeting with them, we’re talking with them about where their priorities are and how best we can create opportunities for Canadians and growth for the medium and long-term,” Trudeau said.

Trudeau and the mayors billed their talks on Friday as building a new deal for cities.

A new deal for cities

In their meeting with Trudeau, the mayors of Canada’s largest 21 cities urged the federal government to ensure the provinces don’t hold up funds. Give the money directly to cities, they said. Let them spend the money as they see fit to meet local needs and stimulate the economy.

“Give us strict criteria that we have to abide by for what we need to build, give us stringent report-back and transparency requirements, but don’t make people in Ottawa make a decision on every roof of every arena that needs to get fixed,” said Calgary Mayor Naheed Nenshi. “Let the municipalities make those decisions.”

Toronto Mayor John Tory said the government and cities don’t have years to argue over the details of the new infrastructure program.

“You don’t try to do a one-size-fits-all, you don’t try to do something that’s going to get bogged down in paperwork,” Tory said. “Canadians, Torontonians, want to see stuff done now so that people can go back to work.”

The government plans to spend $5.1 billion in new infrastructure money this year and next, for a total of $10.2 billion. The government has said it is interested in funding shovel-ready projects that will help give the economy a boost.

Raymond Louie, president of the Federation of Canadian Municipalities, said the government should also make the new money available to larger projects that are still in the planning phase and won’t be ready to go for some time.

“There needs to be a balance between spreading this money early out the door for projects that might be good, positive economic generators in the near term, but not forget that there are projects that are beneficial and of greater significance in scale that need funding for the plan and design phase as well,” Louie said.

More immediate is the federal government’s desire to distribute more than $8.5 billion in unspent infrastructure dollars.

Half of that money is destined for Ontario and Quebec —a combined $4.3 billion, according to figures provided to The Canadian Press — with $900 million slated for British Columbia, followed by hard-hit Alberta at $700 million.

The government has pledged to move the money out in time for the summer construction season, but is hamstrung by existing agreements that funnel money through the provinces and restrict how the dollars can be used by cities.

Federal infrastructure money typically covers construction costs, with money doled out only after cities and provinces submit receipts for reimbursement. In its latest annual report to Parliament, Infrastructure Canada said the system ensures that federal dollars go where they are intended.

However, it’s not clear whether cities, which own 60 per cent of the country’s infrastructure, have $8.5 billion worth of projects ready to go. The mayors in Ottawa didn’t have an overall figure for shovel-ready projects, but said they could put the money to use immediately on affordable housing projects, for example.

“Affordable housing projects are small, and we can get lots of them built right away,” Nenshi said.
Source: HP