Jim Carr: It's Not A Bad Thing The Pipeline Process Is Political

Get Up And Move Around (Or You'll Be Sorry)

Super Bowl Ads 2016: Watch The Commercials Not Available In Canada

CALGARY — The oilpatch often laments that the decision-making process for pipelines has become too political, but Canada’s natural resources minister didn’t shy away from that description when grilled in front of a Calgary business audience on Friday.

During a question-and-answer session hosted by the Calgary Chamber of Commerce, Jim Carr said “of course” the process is a political one.

The National Energy Board, an arms-length regulator, conducts hearings and makes recommendations on whether or not to approve pipelines. But the federal cabinet has the final say over whether a project is in Canada’s national interest. 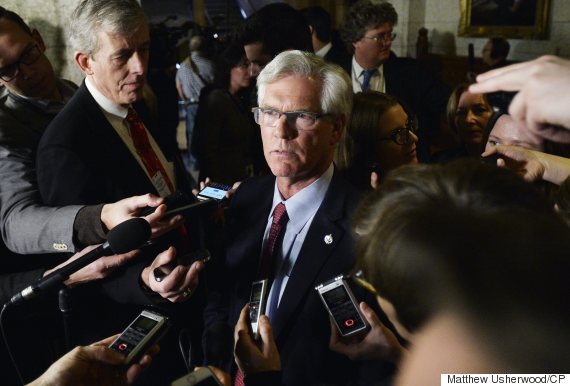 While some may have a cynical interpretation of “political” in the context of pipelines, Carr frames it more positively.

“I see political as a word that is at the very heart of our democracy. We’re elected on a platform. We have a mandate from the prime minister. We’re held accountable for achieving those goals,” he told reporters.

“We’re held accountable by the prime minister and the government. We’re held (accountable) by the people of Canada, ultimately. And if you’ve got a better way, let me know.”

“I see political as a word that is at the very heart of our democracy.”

Seated at the head table at the Calgary Chamber event were the bosses of companies behind two contentious proposals before the National Energy Board _ Russ Girling with TransCanada and Ian Anderson with Kinder Morgan Canada.

The move means it will take months longer for Ottawa to arrive at a final decisions on TransCanada’s proposed Energy East pipeline to New Brunswick and Kinder Morgan’s Trans Mountain expansion to the Vancouver area.

Carr said the streamlined regulatory process for pipelines under the previous Conservative government didn’t do pipeline proponents any favours.

“The reason nothing has been built in part is because there hasn’t been public confidence in the regulatory process. So at a time when you had a government that was rooted in Alberta, that was led by Alberta at a time when oil prices were at US$100, we couldn’t get a kilometre of pipeline built,” he said.

“So would it be sensible for this government to say we’re going to do the same thing and hope that things will turn out differently? I don’t think so. I think that a rational approach is to say that we’re going to have to do it differently.”
Source: HP