Vancouver Real Estate Just Had One Of Its Hottest Months Ever

Andra Vomir, Kinesiologist, Urges You To Give Yourself The Space To Listen To Your Body

VANCOUVER — January was another sizzling month for real-estate sales and prices across Metro Vancouver.

Statistics from the Real Estate Board of Greater Vancouver show that last month was the second-busiest January on record as residential property sales in the region jumped nearly 32 per cent compared with the same January last year.

The board said there were 6,635 listings available last month, placing upward pressure on the market. The year before there were almost 11,000 homes up for sale.

“Fundamental economics are driving today’s market. Homebuyers demand is at near-record heights and homeseller supply is as low as we’ve seen in many years,” said board president Darcy McLeod in a news release Tuesday.

The real estate board said the estimated price of an average home across Metro Vancouver leaped nearly 28 per cent to just under $1.83 million from January 2015. 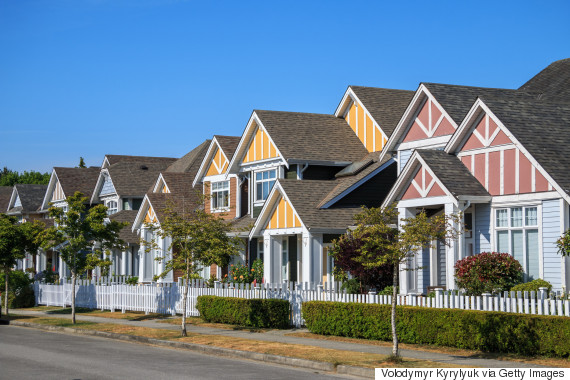 A row of a new houses in suburb of Richmond, B.C. (Photo: Gettystock)

The price for a similar property on Vancouver’s west side neared $3 million, a 25 per cent increase over the same period.

The board’s sales-to-active-listing ratio for the start of 2016 is 38 per cent. Analysts say downward pressure on home sales comes when that ratio dips below 12 per cent and goes up in the 20 to 22 per cent range.

The price of apartments and townhomes also jumped. The benchmark price for an apartment rose 19.4 per cent from the year before to $456,600. Townhomes prices increased 16.4 per cent to $563.700.

Sales figures cover the region from Whistler to South Delta and east to Maple Ridge, but do not include Surrey or North Delta where the average price of a home was between $700,000 and $800,000 in 2015.

Word of the price increases came a day after British Columbia Premier Christy Clark said her government is studying the level of foreign investment in the provincial real-estate market.

Both Clark and Finance Minister Mike de Jong have hinted at initiatives in this month’s budget to help some homebuyers.