A Social Media Guide For Moms Returning To Work

MONTREAL — Quebec’s taxi industry is seeking a permanent injunction against Uber that is also aimed at deactivating the company’s app throughout the province.

Lawyer Marc-Antoine Cloutier says Uber is providing an illegal service and that its drivers are breaking the law.

Cloutier told a news conference outside the Montreal courthouse this morning that Uber drivers don’t need a permit, as required by the law. 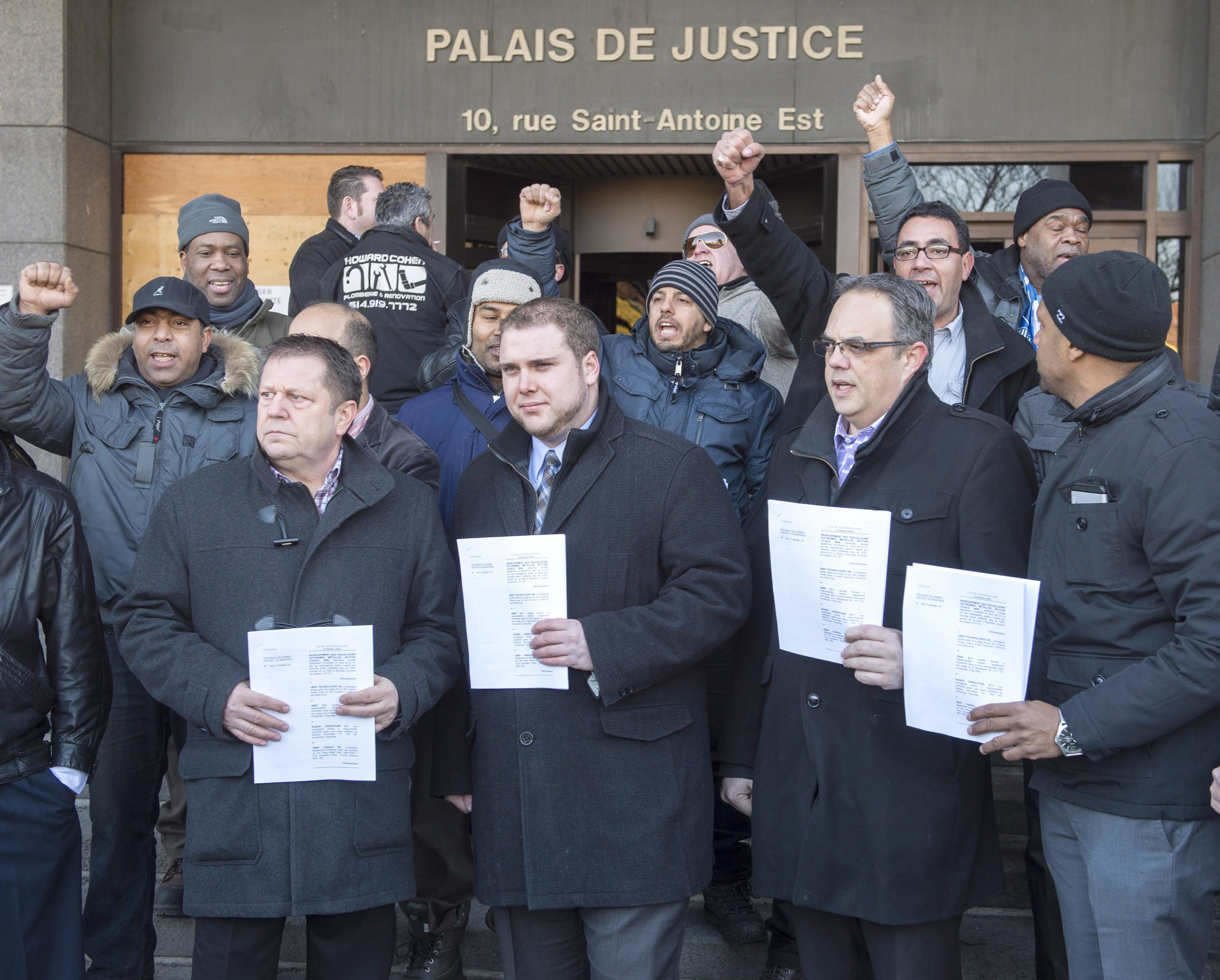 A group representing local taxi drivers react after depositing a request for an injunction against the ride sharing company Uber at the courthouse Tuesday, February 2, 2016 in Montreal. (Canadian Press photo)

He says Uber’s service has nothing in common with the practice of people giving their neighbours a lift into work free of charge.

The controversy surrounding Uber has raged across the country, with Edmonton city council approving a bylaw last week that would allow it and similar companies to operate legally.

The bylaw takes effect March 1 and includes two licences: one for firms called private transportation providers and the other for taxis.