Alberta Royalty Review: 'We Were Right All Along,' Wildrose Leader Says

EDMONTON — Premier Rachel Notley’s critics delivered a collective I told you so Friday in light of a review that concluded the amount of money energy companies pay for the resources they develop shouldn’t change.

“We were right all along,” Wildrose Leader Brian Jean told reporters in Edmonton after Notley released in Calgary her government’s action plan following a review of oil and gas royalties.

“The NDP proved themselves wrong on this issue and on many other issues.

“It’s certainly a victory for Albertans that Rachel Notley took the advice of a balanced panel.” 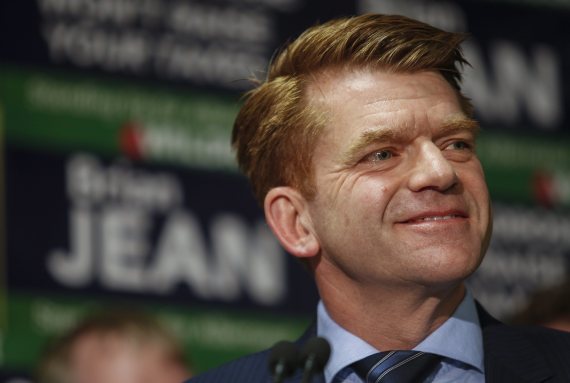 The new plan affirms that the current royalty rates for oilsands operations, the main source of royalties, are appropriate and will remain in place.

There will be tweaks to the royalty framework for conventional oil and natural gas wells so that royalty rates better take into account the costs of drilling, instead of just production rates and commodity prices.

During its years in opposition and as recently as last spring’s election campaign, Notley and the NDP accused the former Progressive Conservative government of giving away the province’s resources at “fire sale” prices.

She also admitted her earlier criticisms were based on incomplete information on issues such as how expanding shale plays in the United States are making it even more difficult for Alberta producers to compete.

“According to the NDP the old royalty regime treated industry fairly. I think anybody who voted for them must be saying, ‘Who did I vote for?”’ said McIver

“What this government has done is cost Albertans thousands if not hundreds of thousands of jobs (and) billions of dollars of investment by having an unnecessary royalty regime review that at the end of the day has said what we’ve got now is pretty good.”

“I hope we can finally put to bed this whole idea we’re somehow getting a raw deal from the oil and gas industry.”

“I hope we can finally put to bed this whole idea we’re somehow getting a raw deal from the oil and gas industry,” said Clark.

Liberal Leader David Swann said the review didn’t do enough for environmental protection or for job creation and investment.

“There are positives, such as increased transparency and the harmonizing of hyrdocarbon royalties, but overall I’m disappointed,” said Swann in a statement.

Political analyst Bob Murray said the government made the right call in the end.

“The best thing the government did in this situation was they did not propose even further changes to the royalty regime or the royalty rates that would have further dissuaded any kind of investment,” said Murray, with the Frontier Centre for Public Policy.

But he said there are lingering political questions.

“Why was this necessary in the first place?” said Murray.

“I don’t think it’s an adequate justification for the premier of the province to come out and say, ‘I initiated this review because I didn’t understand how American markets work.'”
Source: HP