Oprah Winfrey Network To Be Aired In Canada, Despite Petitions From Canadian Media

Uber Will Soon Be Officially Legal In Edmonton

OTTAWA — Oprah is here to stay.

The federal Liberal cabinet has sided with the country’s broadcast regulator to allow the Oprah Winfrey Network to continue broadcasting in Canada, a decision that could have far-reaching implications for television stations and content producers struggling to survive an ever-changing media landscape.

The order in council, issued Tuesday, comes as the Canadian Radio-television and Telecommunications Commission holds hearings on the future of local TV.

The ruling upheld a 2015 CRTC decision that allowed Corus Entertainment Inc. to amend its broadcasting licence so it could keep airing programming from U.S.-based OWN Inc. 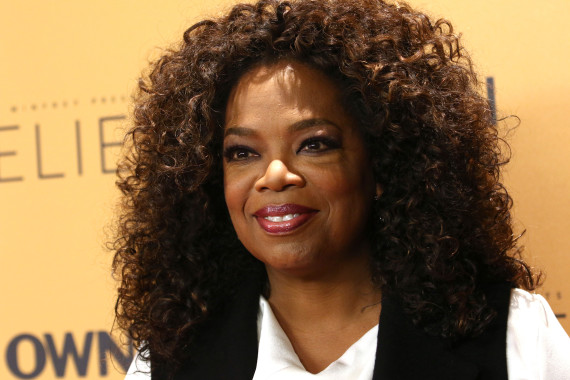 Oprah Winfrey attends the premiere of the Oprah Winfrey Network’s (OWN) documentary series “Belief”, on Oct. 14, 2015, in New York. (Photo by Greg Allen/Invision/AP)

In the wake of that decision, a group representing Canadian TV producers petitioned the government, accusing the CRTC of abandoning critical safeguards designed to protect independent producers in their dealings with the country’s largest private broadcasters.

Without those so-called “terms of trade” safeguards in place, thousands of jobs are now at risk, warns the Canadian Media Production Association.

“Hundreds of small and medium-sized businesses across the country are put in jeopardy if there is no reversal of this decision,” says association president and CEO Reynolds Mastin.

“You could see, over time, the evisceration of an entire industry … without some kind of competitive safeguard.”

The CRTC imposed terms of trade in 2011 as a way to balance the bargaining power between content producers and the big broadcasters and media conglomerates that distribute content.

“You could see, over time, the evisceration of an entire industry … without some kind of competitive safeguard.”

But starting April 29, companies including Corus, Shaw, BCE Inc. and Rogers Communications Inc., can apply to have the terms removed from their licences, giving them leverage to negotiate favourable deals with content producers.

Corus launched a Canadian version of OWN in March 2011 as a rebranding of its female-focused entertainment and lifestyle channel, known as Viva, which itself was a rebrand of Canadian Learning Television, CLT, a channel the company acquired in a 2008 deal with CTVglobemedia.

In the spring of 2013, the CRTC threatened to revoke OWN’s broadcasting licence for failing to comply with its mandate to air formal education programming — a holdover from its days under the Canadian Learning Television banner.

The regulator had argued that while Oprah Winfrey may have taught her viewers the importance of self-esteem and the value of a good book, the network’s programming didn’t live up to Canadian educational content standards in place at the time.

The CRTC welcomed Tuesday’s decision, suggesting it was confident the government would uphold other moves designed to ensure Canadian television “adapts to the technological realities of the future and the changing habits of Canadians.”

“The CRTC is confident that content made by Canadians can compete with the best in the world,” the regulator said in a statement.

Advocates for local TV have warned the CRTC that nearly half of the independent stations across the country could cease to exist within the next four years as a result of declining advertising and other revenues.

A study provided to the regulator by the group Friends of Canadian Broadcasting said recent changes to CRTC regulations, such as the unbundling of TV packages under so-called “pick-and-pay” rules, will cause revenues to drop even further.

Effective March 1, cable and satellite TV service providers will be required to offer customers a small basic service, capped at $25 a month, along with a menu of a la carte channels and any bundles of TV programming they have on offer.