Secure Your Future: Take A Break To Earn Your MBA

3 Major Decisions Your Business May Face This Year

OTTAWA — The Liberal government is repealing two contentious union-related bills, a move it says heralds a new relationship with organized labour after 10 acrimonious years under the Conservatives.

Labour unions have wanted the government to overturn a law that changed how unions can certify and decertify, known as Bill C-525, and another that required unions to publicly disclose their spending to the Canada Revenue Agency.

The Liberals neutralized the latter bill, C-377, in late December when the government waived requirements for unions to track all transactions over $5,000. 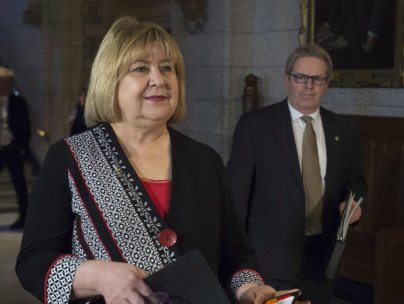 The Liberals said there were already federal labour rules in place requiring unions to open their books to their members to show how they are using dues. Similar rules exist at the provincial level.

Groups trying to unionize or any unions trying to decertify are still subject to the rules enacted by Bill C-525 until the new legislation passes. Unions say C-525 makes it harder to hold a certification vote, and allows a minority of union members to start a vote on decertification.

The Liberal bill is assured passage in the House of Commons with a Liberal majority, but will face a stiff test from the Conservative-dominated Senate, which passed the original measures.

Conservatives in the House said the government was simply paying back unions who helped them win in the October election, pointing to an announcement Thursday morning from the federal elections watchdog that a union in Waterloo, Ont., wrongly paid 23 of its members $100 each to stand behind Justin Trudeau at a campaign announcement in September.

“And today, the Liberal party says thank you to the unions for the help.”

The commissioner of Canada elections didn’t pursue any charges because the union admitted the mistake and the Liberals paid $2,300 to Elections Canada, even though the party was unaware of the payment.

“And today, the Liberal party says thank you to the unions for the help … they gave to them to beat us during the last election,” Conservative MP Gerard Deltell said outside the House of Commons.

In announcing legislation to kill the Conservative-backed labour bills, the Liberals signalled their intent to do more with Canada’s labour laws.

Labour Minister MaryAnn Mihychuk said all bills and procedures for which her department is responsible are under review.

Her parliamentary secretary, Rodger Cuzner, said the government plans to “move forward with labour policy reform” that would include hearing from unions, employers, other levels of government and Canadians.

The head of the Canadian Labour Congress said the government is already looking to bring back a law that required federally contracted companies to pay their workers a specified minimum wage, or fair wage, for work. The Conservatives repealed the law in their 2012 budget.

CLC president Hassan Yussuff said he expects the federal government to start moving this year on modernizing the Canada Labour Code. He said the part of the code that deals with workplace harassment, hours of work, overtime pay and vacation entitlements is about 60 years out of date.

A full review of the labour code last happened in 2006, with the final report making several recommendations to help an increasing number of part-time and contractual employees.

The federal government didn’t enact any of the recommendations from the report, Yussuff said.

A May 2015 briefing note to then-labour minister Kellie Leitch said the rise in part-time, temporary and self-employed workers, along with more demand for knowledge-based jobs, has changed “the nature of work and the workplace.”

The changes will have a “significant impact” on ensuring companies comply with labour standards, the briefing note says, that could benefit from talks between different levels of government.

Mihychuk will speak with her provincial and territorial counterparts during next week’s video conference of labour ministers.
Source: HP