What Uber And BlackBerry Taught Me About Our Mental Health System

Oil Prices To Surpass US$100 .. In 25 Years, National Energy Board Says

TORONTO — A young child asleep on a couch in Israel. Mourners huddled together at a small funeral in Brazil. An elderly woman stretching in a fitness centre in Poland. All available for anyone to watch via the unsecured webcams overhead.

This isn’t “1984,” it’s the world in 2016. Shodan, a search engine that indexes computers and devices rather than information, now allows users to pull screenshots from nanny cams, security cameras and other connected devices around the world that don’t ask for a username or password.

Those screenshots are connected to an IP address, a unique identifier for each Internet connection or device that can be traced back to a general geographic area. 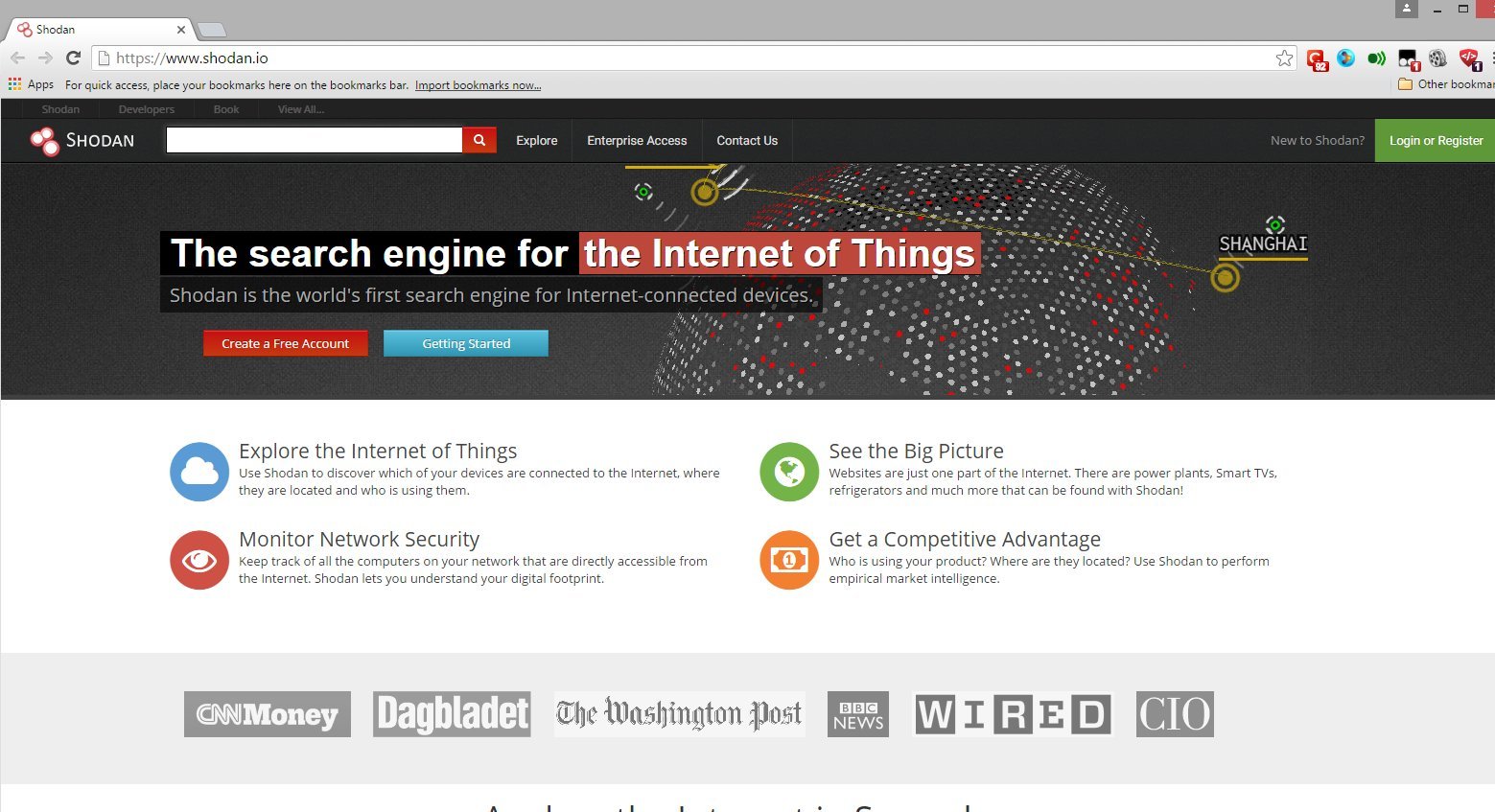 A screenshot of the Shodan search engine home page.

Ann Cavoukian, former Ontario privacy commissioner and now the executive director of the Privacy and Big Data Institute at Ryerson University, said she was appalled when she saw the Shodan webcam search in action.

Yet, she said, it’s only a symptom of the wider problem with the so-called Internet of Things, where many webcams and other connected devices such as wearables, TVs and thermostats ship with a low level of security — and some with none at all.

“It allows people to steal glimpses of personal spaces in people’s homes, places of work, or inside a hospital — our most private spaces,” she said.

Cavoukian is among those spurring the development of the privacy-by-design approach, urging software companies and manufacturers to build privacy protections into their products from the get-go.

She said it’s not enough for companies to give consumers the option to turn on security and privacy measures, because many customers don’t have the time or the know-how to dig through the options of every device they own.

And the responsibility of companies to secure their products has never been more urgent, she said, as computers and networks are increasingly invading the home in cars, refrigerators, wearable devices and even baby monitors.

“The minute someone outside has eyes through these webcams into these networks, they’re going to see and know everything,” she said.

Abhay Raman, a cyber security expert at EY, said some companies cut corners on security in order to make things cheaper for the customer and make it easier for different devices to communicate.

“Designing specifically for various security levels gets more complicated, more involved, with more testing,” he said. “Programmers take the easy route in enabling as many features as you can.”

Companies, especially those bringing new technology to the market, should offer their customers a privacy nutrition label, Raman said, listing what their device or app does, what it’s accessing and why it needs to do so.

“We’re going to learn these things as we evolve, but I think it’s incumbent on the vendors to provide enough information to help the user make a decision,” he said.

Larger companies such as Microsoft, Apple and Facebook have worked to build privacy features such as two-factor authentication into their offerings, he said, yet the bottom line is still a driver for some companies to skimp on security.

Stephen Cobb, a senior researcher at IT security company ESET, said public awareness of security and privacy of connected devices jumped after the well-publicized hack of a Jeep Cherokee in 2015 in which two security researchers demonstrated they could remotely control the vehicle.

That vulnerability was fixed by Fiat Chrysler America after a 1.4 million-vehicle recall, but Cobb said it was inevitable that more security issues will come to the fore as more devices are connected to the Internet.

What’s worse, he said, is that while auto companies have procedures in place to contact customers and deal with defective products, digital equipment manufacturers often have no idea who is buying and using their products.

“Most people haven’t ever updated their router or updated the firmware on their webcam,” he said.