Ottawa Faces Biggest Urban Overhaul In A Half Century

But imagine hiding a magnificent waterfall in your downtown core. Take a bow, Ottawa.

“I would think across the country that most people don’t even know what the Chaudiere Falls are,” said Ken Gray, publisher of the popular city blog The Bulldog.

The falls, where a whitewater tempest of the Ottawa River cascades over terraced rocks, has been dammed for hydroelectrity and is also blocked by dozens of empty buildings left over from the lumber and pulp and paper era. 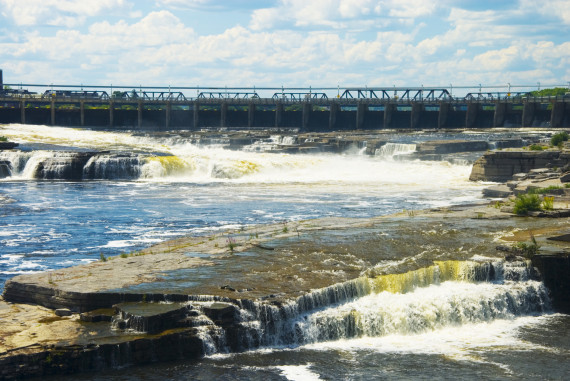 “In its day, before they dammed it and did various things to it, it was an incredibly impressive waterfall, almost a cross between rapids and waterfall.”

Now, however, there’s finally a plan to pull back the industrial curtains — part of a long-awaited urban renewal in a capital that’s not had a serious update since Canada turned 100.

By itself, the “Zibi” development is compelling — residential and commercial buildings on 15 hectares of prime real estate, with the hydroelectric turbines buried underground to create new public viewing space for the falls.

But it’s just one of several major projects that will change the look of Ottawa over the next 10 to 15 years.

It follows Landsdowne Park, a seven-hectare entertainment district beside the Rideau Canal that’s home to a renovated football stadium, and the tulip-shaped, glass-fronted convention centre in the heart of downtown. 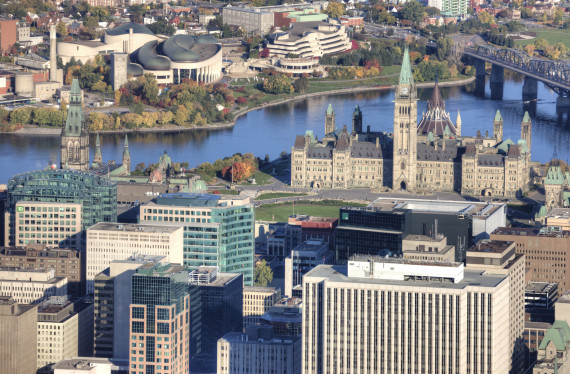 Ottawa could look very different in the next 10 to 15 years. (Photo: Getty)

“With the exception of the investment of the PanAm games in Toronto, on a per capita basis, our city is going to see more dollars into renewal projects than any other city in the country,” Mayor Jim Watson said in an interview.

“It’s a combination of public and private investment that we’ve never really seen in the history of our city to this extent.”

At the Zibi project, which straddles the Ontario and Quebec sides of the river, developer Rodney Wilts walks with purpose through a labyrinth of musty, rusty old buildings, the wood-block floor so blackened by time it looks like brick.

He opens a door to a 14-metre high space, as long as one-and-a-half football fields, that once housed Domtar’s main paper machine. In another room, out a smudged window, Wilts points out a mini-waterfall tumbling into a natural rock basin — the so-called “Devil’s Hole,” another natural wonder obscured by industrial buildup.

“It’s a combination of public and private investment that we’ve never really seen in the history of our city to this extent.”

Some indigenous leaders say the area, considered sacred by the Algonquins, should be returned to the First Nations and protected. Wilts argues the company has consulted with First Nations, including putting out a call for aboriginal tradespeople. It has won some support within that community.

The development has also earned the endorsement of the “One Planet Community” network, built on a model of zero carbon, zero waste, and integration into the natural surroundings, said Wilts, a partner with Windmill Developments.

“Finally people will be able to come here, see the falls, get close to the falls, for the first time in living memory for anyone.”

Not far away is LeBreton Flats, a scrubby, nondescript nine hectares that hides an aqueduct and an inlet of the Ottawa River. It served as a working-class residential area with some light industrial sites before it was bought by the federal government and razed in the 1960s.

After that, nothing happened for half a century. Until Tuesday.

The National Capital Commission unveiled the details of the two bids vying to develop the land — both promising to build a new NHL arena, large gathering spaces and museums.

The existing home of the NHL’s Ottawa Senators, the Canadian Tire Centre, is 27 kilometres from Parliament Hill.

Commission CEO Mark Kristmanson sees LeBreton as part of the “transformative” changes in the wider area just east of Parliament Hill, which includes the Zibi development and new pathways connecting islands in the Ottawa River.

“I would say in 10 years, it will be a city that’s turned back towards its waterways from a long century of being turned away from it,” Kristmanson said in an interview.

“And that’s an important goal for us and for the municipalities as well, because it’s a great natural asset for the capital that’s not fully realized.”

The city’s 1950 urban design plan took the railway out of the city centre, banishing the train station to an area far from downtown. Waterfront land created a “green belt” around the city, only to be cleaved by car-clogged parkways.

“I would say in 10 years, it will be a city that’s turned back towards its waterways from a long century of being turned away from it.”

The changes will largely improve on — or reverse entirely — those elements of post-war, car-centric thinking.

The train station will be integrated into the light-rail system to make getting downtown even faster. Greenspace near the waterfronts will be made more accessible, and density will be built back up at LeBreton Flats.

There’s a buzz of construction activity around Parliament Hill, too. Several major buildings are being renovated — fitting, since the precinct was a full-on construction site when it opened for business 150 years ago. 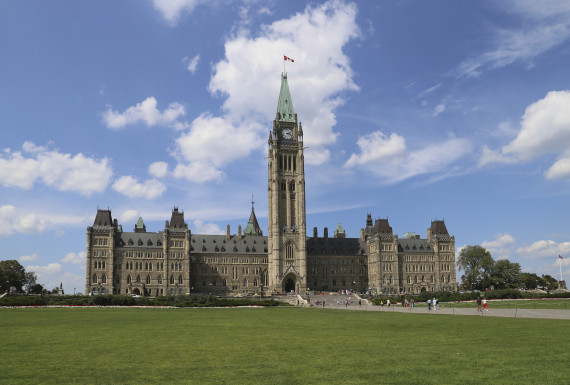 The 10-year plan to renovate Centre Block, beginning in 2018, has set off a cascade of other projects across the precinct. The West Block is being retrofitted to accommodate the House of Commons. MPs will sit inside a courtyard with a glass roof. The pink Potsdam stone over the windows has a new pop.

“The precinct hasn’t really undergone … a transformation as extensive as this probably since the buildings were originally built in the 1800s,” said Ezio DiMillio, director general of major Crown projects for the Public Works department.

“It is a significant volume of work. There’s a complexity about it.”

‘Ottawa is the worst capital in the G7’

Does it all mean Ottawa is about to come alive, and perhaps even meet the nebulous definition of “world class”? Depends who you ask.

Earlier this month, Ottawa Citizen columnist and author Andrew Cohen came to the provocative conclusion that, “for its lack of ambition and absence of imagination, Ottawa is the worst capital in the G7.”

The Bulldog’s Gray, agrees the city has suffered from a lack of urban planning vision and imagination, allowing itself to be led around by developers.

“This is a tourist town … and it would be wonderful for people from (elsewhere) to come here and go, ‘Wow, is that ever a great idea; boy, are they leading the pack in Ottawa,'” said Gray.

“Unfortunately, they’re not going to see that. If you’re looking for innovation in this country, Ottawa’s probably not the place to go.”

Wilts sees the next decade differently.

“I think Ottawa’s is going to have all the best parts it has now,” he said, “but with a little more exciting urbanity — a few more places you can go on the water to have a drink, a few more plazas where festivals and music events and arts events can occur and happen.

“All of those things are starting to come.”