Ottawa Faces Biggest Urban Overhaul In A Half Century

MONTREAL — Metro customers in Quebec will be able to order groceries online later this year as Canada’s third-largest supermarket chain begins to test an e-commerce service.

The Montreal-based company declined for competitive reasons to provide details, including locations and whether orders would be delivered to stores.

But chief executive Eric La Fleche said he doesn’t believe Metro is at a disadvantage since demand for the service offered by rivals Loblaw and Sobeys is just starting. 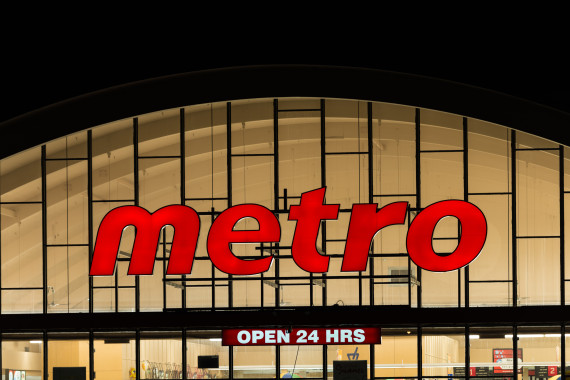 La Fleche said Metro will test the service in Quebec, where it has its head office and where its digital team is based. However, it may be extended to Ontario depending on results of the initial effort.

Metro (TSX:MRU) already has a deep digital footprint with a mobile offering and a loyalty card in Quebec that personalizes discounts to consumer purchases.

Online grocery sales in Canada currently are very small but stand to grow tenfold over the next decade, according to a survey last year by PriceWaterhouseCooper.

Loblaw (TSX:L), the country’s largest supermarket chain, launched its “click-and-collect” option in 2014 and expanded it to more than 35 stores in Ontario, Alberta and British Columbia.

The project lets customers order groceries online and then pick them up at the local store, similar to Walmart’s in-store “grab-and-go” lockers.

Meanwhile, Metro raised its dividend 20 per cent after its first quarter profit surged 24.3 per cent to $139.8 million, from $112.5 million a year earlier.

Signage outside of a Metro grocery store in Toronto. (Machado Noa/LightRocket via Getty Images)

Metro said same-store sales, those at locations open for at least a year, were up 2.8 per cent and overall sales for its fiscal first quarter were up 4.3 per cent, rising to $2.96 billion.

It also got a $30.6-million boost from its investment in Alimentation Couche-Tard (TSX:ATD.B), the Montreal-based company that operates convenience stores and gas bars under the Circle K, Mac’s and Couche-Tard banners.

The retailer said it is trying to adjust to a rapid increase in fresh food prices since Christmas caused in part by the weaker loonie by offering more sales on root vegetables like carrots and potatoes that are grown locally.