Canada Will Sign TPP Deal, But That Doesn't Mean It'll Ratify It: Freeland

The Davos Man: We Are All Inheriting The Whirlwind

OTTAWA — The federal government has confirmed that it intends to sign the controversial Trans-Pacific Partnership trade deal at a meeting next week in New Zealand.

But when it comes to ratification of the 12-country treaty, the Liberals are still perched squarely atop the fence.

“Just as it is too soon to endorse the TPP, it is also too soon to close the door,” International Trade Minister Chrystia Freeland wrote Monday in an open letter posted on her department’s website.

“Signing does not equal ratifying…. Signing is simply a technical step in the process, allowing the TPP text to be tabled in Parliament for consideration and debate before any final decision is made.” 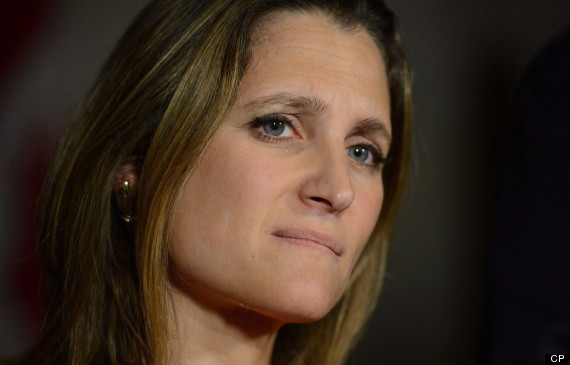 International Trade Minister Chrystia Freeland says it is too soon to close the door on the Trans-Pacific Partnership trade deal. (Photo: CP)

Only a majority vote in the House of Commons would ensure that Canada seals the deal, she added. She has also requested a thorough, transparent study of the agreement by parliamentary committee.

In recent weeks, Freeland has conducted public consultations on the wide-ranging accord, which _ if ratified _ would also set new international rules for sectors beyond trade. Those other areas include intellectual property, which worries some experts.

“It is clear that many feel the TPP presents significant opportunities, while others have concerns,” Freeland wrote.

“Many Canadians still have not made up their minds and many more still have questions.”

The minister has already indicated the massive accord, which includes major economies such as the United States and Japan, cannot be renegotiated.

Freeland said each country has up to two years to consider ratification before making a final decision. She pointed out that by signing the deal Canada will keep its status as a potential full partner in the agreement.

Trade ministers from the TPP’s partner countries have been invited to sign the deal on Feb. 4 in Auckland.

The former Conservative government announced an agreement-in-principle on the pact in October during the federal election campaign.

“Signing does not equal ratifying.”

At the time, then-prime minister Stephen Harper hailed the TPP as a deal that would give Canada access to a massive market of nearly 800 million people.

Harper warned Canada couldn’t afford to pass up on the agreement, a deal that came under heavy criticism in part because the talks took place in secrecy.

The treaty can take effect if it’s ratified by half the participating countries representing 85 per cent of the proposed trade zone’s economy.

It remains unclear, however, whether U.S. lawmakers will ratify the accord. 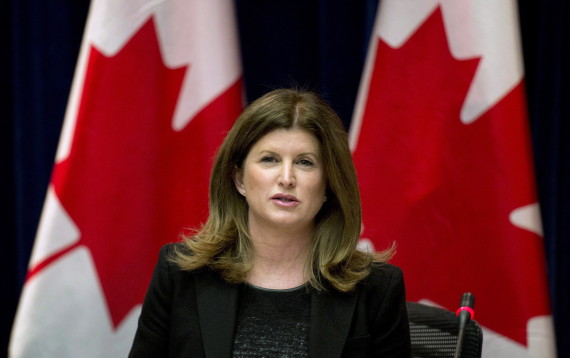 In a recent interview with The Canadian Press, Freeland recalled hearing people on both sides of the TPP debate express their views during her cross-Canada consultations.

For example, she said she heard from groups representing farmers in Alberta and the Port of Vancouver that were very strongly in favour of TPP, a deal that would open up new foreign markets for many Canadian firms.

“We are strongly in favour of free trade. Having said that, we’re not the government that negotiated the TPP.”

On the other hand, Freeland also heard concerns from Canadian and U.S. academics at a recent event at the University of Toronto. Several trade experts who addressed the conference criticized the TPP’s provisions on intellectual property and warned they would be harmful for Canada.

Freeland has said Canada must remain deeply connected to the global economy, particularly since the country boasts just the 11th-biggest economy in the world.

“We are strongly in favour of free trade,” she said in the interview. “Having said that, we’re not the government that negotiated the TPP.”
Source: HP