The Process Of Locating The Heirs Of An Estate

SAN FRANCISCO— Apple could soon face one of its biggest challenges to date: Peak iPhone.

Most analysts believe Apple surpassed its own record by selling more than 74.5 million units of its flagship product in the final three months of 2015. But there are signs that iPhone sales in the first three months of 2016 will— for the first time ever— show an abrupt decline from the same period a year earlier.

That could mark a pivotal moment for the Silicon Valley giant. Apple is the world’s biggest company, in terms of stock value, thanks to the iPhone’s surging popularity around the world. In business terms, Apple makes most of its money from iPhone sales.

But concerns about slowing growth have sent the stock into a months-long slump, fueling debate about what kind of company Apple will be in the future.

The iPhone contributed nearly two-thirds of Apple’s $234 billion in revenue last year. None of the other new products Apple has launched in recent years have emerged as blockbusters. That’s led some critics to suggest Apple has lost its innovative touch, while others say it’s evolving to depend on a broader base of related tech products and services. 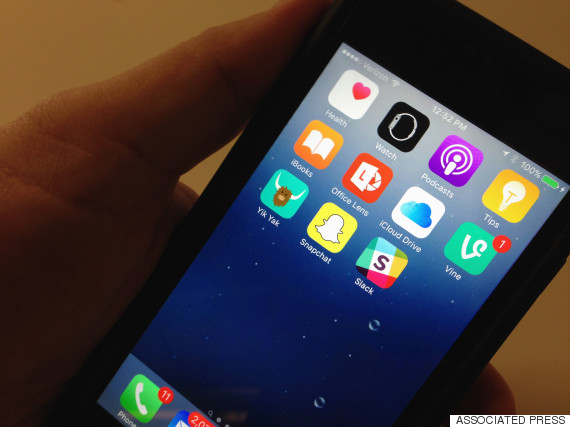 Investors will be watching closely for any hints about how Apple’s signature smartphone is faring in the current quarter. (Photo: AP)

One thing is clear, said analyst Angelo Zino at S&P Capital IQ: “Last year was an unprecedented year for Apple and the iPhone…. You’ll never see that type of growth from the iPhone again.”

When CEO Tim Cook reports Tuesday on Apple’s sales for the last three months of 2015, investors will be watching closely for any hints about how Apple’s signature smartphone is faring in the current quarter. Sales usually fall somewhat after the holiday shopping season. But analysts say it appears Apple has cut production orders from key suppliers in recent weeks, suggesting it’s lowered its own forecasts.

Apple hasn’t commented on iPhone sales since last fall, when Cook struck an upbeat tone. In part, Zino and other experts say, the company is suffering from its own success. Apple sold 61 million iPhones in the March quarter of 2015, or 40 per cent more than it did a year earlier. To match that growth rate, Apple would need to sell more than 85 million in the current period. Instead, analysts are expecting around 55 million.

An estimated 500 million people own iPhones now, which means Apple can rely on a significant number to upgrade each year. But some have put off buying a new model because they didn’t see a strong reason to upgrade. 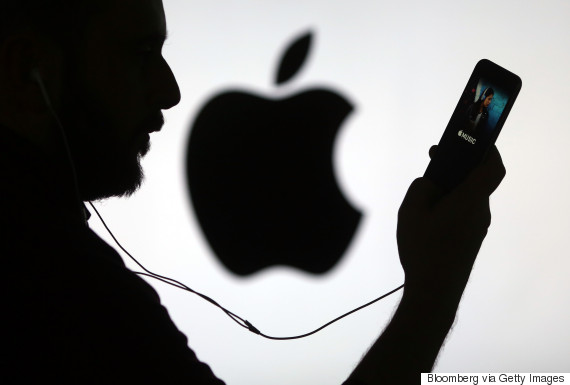 A man checks the Apple Music streaming site using his Apple Inc. iPhone 6s as he stands framed against a wall bearing the Apple logo. (Photo: Bloomberg via Getty Images)

Despite some new features, “people are feeling like there hasn’t been anything that’s really new” in the latest iPhone models, known as the 6S and 6S Plus, which came out last fall, said market researcher John Feland of Argus Insights.

Apple will likely make significant changes in the next major iPhone release, expected in September, which could fuel another surge in sales. Some tech blogs have reported a new model might even be coming this spring.

The company went through a similar cycle a few years ago, when iPhone sales growth slowed to 7 per cent in the final months of 2013. The next year, Apple introduced new models with significantly bigger screens. That sent sales skyrocketing, especially in Asia, where consumers had previously flocked to buy big-screen phones from rival Samsung.

But there may no more equally dramatic changes left to jump-start sales like that again. “Apple really pulled the big lever they had left un-pulled, up to then,” said tech analyst Jan Dawson of Jackdaw Research. “That was sort of a one-off event.”

While iPhone sales may be slowing, Apple has launched other products and services tied to the iPhone _ from the Apple Watch to the digital payments service known as Apple Pay, the subscription-based Apple Music and “smart home” software that lets users control their lights and appliances with Siri, the voice-enabled digital assistant on the iPhone and iPad. These are designed to make the iPhone itself more useful, while producing a steady stream of new revenue.

“It’s difficult to say that [Apple is] on the cutting edge.”

None of those new products have sold like the iPhone itself, however. Sales of the iPad have been declining for two years.

“Apple still has a lot of value, a lot of cash flow, so it’s not to say the company is in trouble. But it’s difficult to say that it’s on the cutting edge,” said Murillo Campello, a finance professor at Cornell University who follows Apple closely.

Others say it’s premature to count Apple among former tech giants, like Hewlett-Packard, that have struggled for relevance as their pace of growth and innovation declined.

Apple is working on a wide range of future products, from streaming video to virtual reality and even self-driving cars, said FBR Capital Markets’ analyst Daniel Ives in a recent note to clients.

“Apple’s often surprised us with what they end up doing,” added Dawson.
Source: HP