OTTAWA — The family car is learning more about who’s behind the wheel — everything from where a driver likes to shop to how hard they brake — as automakers roll out new tech-savvy features.

On-board navigation systems can tell where a vehicle is and where it has been. Electronic components stream data to computers that gauge driver behaviour and the car’s roadworthiness. Vehicles recognize drivers and adjust settings for them. Infotainment systems allow voice and data communications.

“With connectivity, cars are becoming highly efficient data harvesting machines,” says a 2015 study by the British Columbia Freedom of Information and Privacy Association. 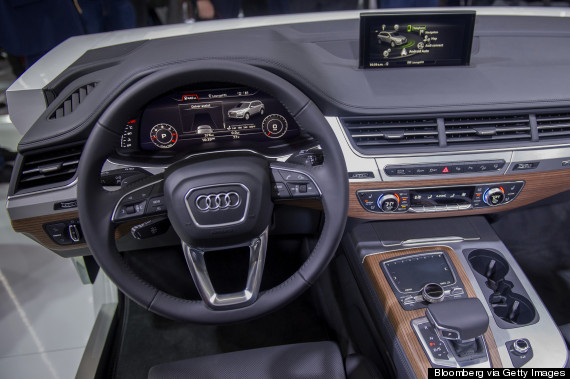 The dashboard and steering wheel of the Audi AG Q7 is displayed during the 2015 Consumer Electronics Show in Las Vegas, Nevada, Jan. 6, 2015. (Photo: Bloomberg via Getty Images)

Customer data generated by the connected car is now seen as a major new source of revenue for marketers and advertisers, the study found. Some insurance companies are offering coverage that sets premiums based on driving patterns.

When tracked, combined or linked with other available data, the information can reveal intensely private details of a person’s life, making it vulnerable to abuse by thieves, stalkers and others with malicious intent, the study says.

It argues automakers have failed to comply with their obligations under Canadian privacy law when it comes to giving customers adequate information and choice about how their data is collected and used.

The study recommends creation of data-protection regulations for the connected car and insurance industries, as well as involvement of privacy experts in the design stage of wired-vehicle research projects. 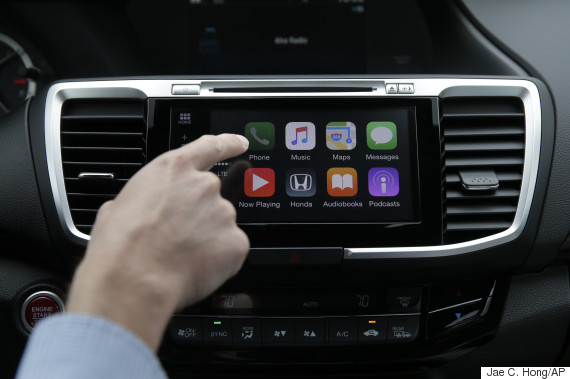 The federal privacy commissioner’s office, which financially supported the B.C. study, is “actively following” the issues and has held discussions with industry players and provincial regulators, said Valerie Lawton, a spokeswoman for the commissioner.

The Canadian Vehicle Manufacturers Association, which represents the country’s largest car-makers, initiated a meeting with the federal commissioner’s office last June, say notes disclosed under the Access to Information Act.

Federal privacy officials saw it as an opportunity to get a better sense of the information collected by intelligent cars, what might be coming, and whether manufacturers were fully aware of their obligations, the notes indicate.

“There’s a lot of work going on in the industry relative to cyber security of vehicles, primarily from a safety perspective.”

As for insurance-related data, that’s a relationship between the driver and their insurance company that goes beyond the automaker, Nantais said.

The internal notes from the privacy commissioner paint a futuristic scenario involving in-car advertising — for instance, a near-empty gas-tank sensor could project an advisory on the windshield offering the driver a discount at a nearby filling station.

Nantais, however, played down the notion wired cars produce a bounty of valuable information.

“We want to make sure that those vehicles cannot be hacked and that they remain safe.”

“Is it myth or reality that the data actually exists? That’s a valid question,” he said. “Some people think that everything under the sun is available, and I don’t think that’s the case.”

As vehicles become increasingly reliant on technology, security will be paramount, Nantais added.

“We want to make sure that those vehicles cannot be hacked and that they remain safe,” he said. “And there’s a lot of work going on in the industry relative to cyber security of vehicles, primarily from a safety perspective.”