The union representing 61 editorial staff at the Halifax Chronicle Herald says the work stoppage began at 12:01 a.m. Saturday after talks broke down earlier this week.

Workers donned tuques and snow pants on the picket line Saturday morning as temperatures dipped to -15 C with the wind chill. 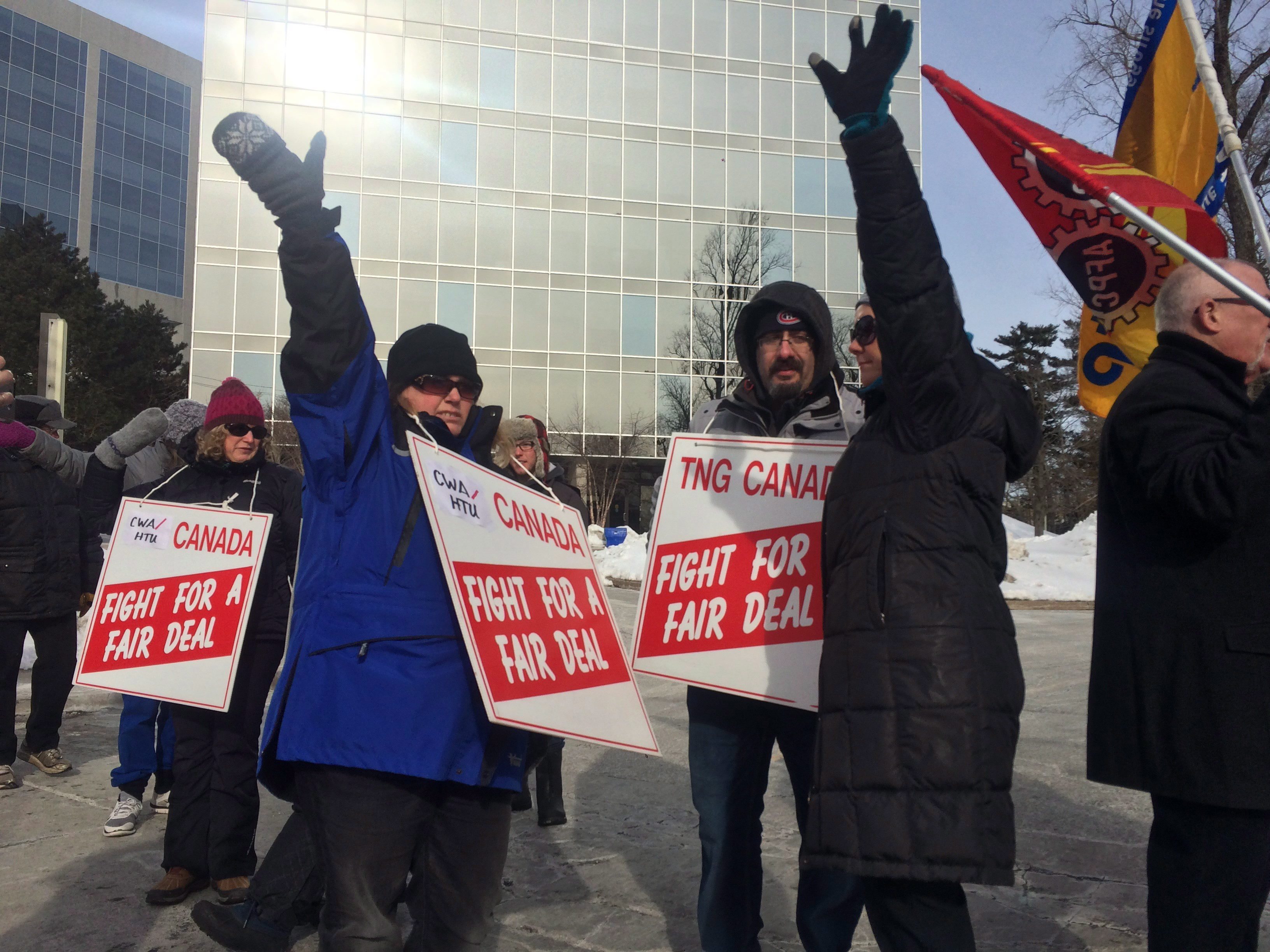 Union vice-president Frank Campbell says 18 layoff notices were delivered today to photographers, layout and design editors and support staff, and the union’s legal team is looking into whether the company is allowed to do that during a strike.

The Herald has said it wants to reduce wages, lengthen working hours, alter future pension benefits and lay off up to 18 workers to cope with economic challenges that have beset North America’s newspaper industry.

In a statement Saturday morning, the Herald’s chief operating officer Ian Scott said concessions are never easy to swallow, but the industry is reeling from the effects of online news and declines in ad revenue.