Showdown At Sundance: Uber Helicopter Pilots Vs. The Sheriff

OTTAWA — Nearly half of the country’s local TV stations could be off the air by 2020 without a boost in revenues to pay for local programming, the national broadcast regulator has been told as it prepares to open public hearings into the viability of local TV.

The warning comes in a study submitted to the Canadian Radio-television and Telecommunications Commission in advance of hearings that begin Monday.

Conventional, private TV stations have seen revenues decline by about 25 per cent since 2010, said the report, jointly prepared by the consulting firm Nordicity and communications lawyer Peter Miller.

But many stations that are holding their own for now could close over the next four years, potentially costing nearly 1,000 jobs, said the report submitted by the advocacy group Friends of Canadian Broadcasting.

“In our view, the most likely scenario over the short-to-mid-term is a material, but not fatal, erosion of traditional television,” said the report.

Declining TV revenues can be blamed partly on the viewing habits of so-called millennials, who have turned away from traditional TV and instead watch programming online, it said.

But recent changes to CRTC regulations will cause revenues to drop even further, the report warned.

It cited the unbundling of TV packages as one measure that will erode revenue streams.

Effective March 1, cable and satellite TV service providers will be required to offer customers a small basic service, capped at $25 a month, along with a so-called pick-and-pay menu of individual channels, along with any bundles of TV channels they have on offer.

While it could result in savings for some consumers, the move will also reduce revenues that would otherwise go toward Canadian programming, said the report.

“Without broadcast regulation and Canadian ownership requirements, spending on Canadian programming could be less than a third of what it is today,” the report added.

Canada’s broadcasters spent roughly $4.1 billion in 2012-13 to produce  programming with approximately $1.3 billion of that coming from government-backed subsidies of one form or another, according to the study, which cites figures released by the CRTC during its recent Let’s Talk TV hearings.

The rest of the money comes from the broadcasters themselves.

But it said there may have to be a rebalancing of resources within the system.

“The approach that the commission will eventually adopt will need to ensure that all elements contribute in an appropriate manner to the creation and presentation of local programming that meets Canadians’ needs,” the CRTC said.

The regulator also lamented that, despite being invited to do so, few interveners have to date brought forward proposals for ensuring Canadians are better served with high-quality local news and other programming. 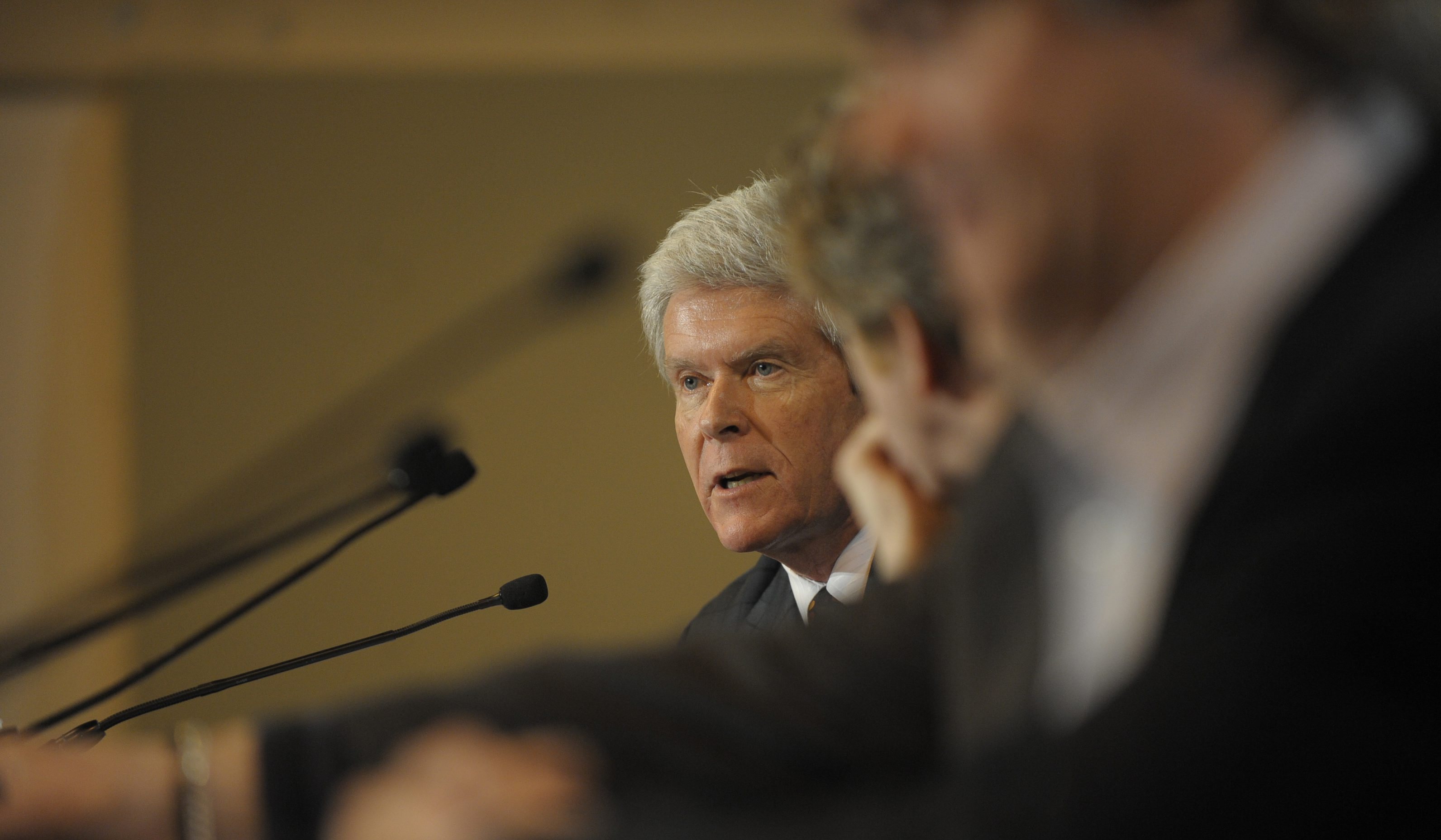 But “robbing Peter to pay Paul” won’t alleviate the revenue crunch that has backed some TV stations against a wall, said Friends of Canadian Broadcasting.

“Just redistributing the funds that the cable and satellite companies pass on from their subscribers would be, at best, a stop-gap measure and not a solution to the problem,” said group spokesman Ian Morrison.

There is particular concern for independent stations in small and medium-sized markets that aren’t affiliated with the big broadcasting conglomerates.

The situation for many of those stations was already dire a year ago, when the Small Market Independent Television Stations Coalition submitted a request for emergency, interim funding.

In response, the commission did little more than acknowledge their concerns, said Morrison, who accused the CRTC of having its head in the sand over the issue.

“The commission, in our judgment, has not been taking it seriously,” he said.

“But we think it’s really serious. These are often the only television source of local news and information.”

“I hope the CRTC goes into the hearings with an open mind.”