At Long Last: A Bounceback In The Loonie, Stocks, Oil Prices

A Conservative natural resources critic has accused Prime Minister Justin Trudeau of only defending Canadian oil when mingling with celebrities like Leonardo DiCaprio.

Candice Bergen made the charge in a statement on Friday that called on Trudeau to clarify where he stands on the proposed Energy East pipeline. Montreal Mayor Denis Coderre, a former Liberal MP, sparked a war of words with Prairie politicians this week after he and other Quebec mayors came out against the project.

But the quip about DiCaprio comes on the heels of an Ottawa Citizen report that Trudeau challenged the Oscar-nominated actor after he used his address at the World Economic Forum to bash Big Oil. 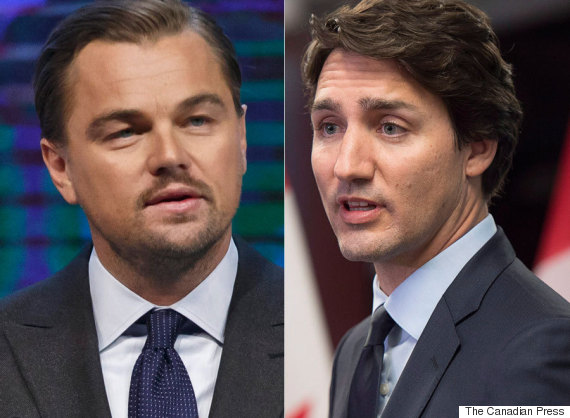 A Liberal source told the newspaper that Trudeau confronted DiCaprio during a dinner in Davos Wednesday to tell him his remarks did more harm than good.

“The prime minister said there’s a new (federal) government, there’s a new government in Edmonton, and they’re both working hard to do something serious about this issue that you care about,” the Citizen quotes the official.

According to the report, the prime minister also reminded the actor that many people in the Alberta oil sector are losing their jobs. Trudeau said Friday that he told DiCaprio that “inflamed rhetoric doesn’t necessarily help either the families or help Canada achieve its significant carbon reduction targets.”

“It is not sufficient for the Prime Minister to support and defend Canadian oil only while socializing with American actors like Leonardo DiCaprio in a posh hotel in Davos,” she said in the release.

“It is not sufficient for the Prime Minister to support and defend Canadian oil only while socializing with American actors like Leonardo DiCaprio in a posh hotel in Davos.”

“The Prime Minister needs to be clear with a very public statement and decisive action, that show that he and his government support the Natural Resource sector in Canada and the jobs and economic prosperity it brings.”

During his address Wednesday, Trudeau sought to strike a different tone from former prime minister Stephen Harper, who promoted Canada as an emerging energy superpower. Trudeau’s message was that Canada has more to offer the world than just oil.

Though the prime minister has expressed his clear support for the proposed Keystone XL pipeline to the United States, he has resisted doing the same when it comes to Energy East, which would carry 1.1 million barrels of oil a day from Alberta and Saskatchewan to refineries in New Brunswick.

Tories have long accused Trudeau of speaking positively about the project when in Western Canada and New Brunswick, while tip-toeing around the issue in Quebec. Trudeau accused the last Tory government of “torqueing” the pipeline review process.

“The Energy Sector needs someone at the federal level to step up and show initiative on the important issues of the day, like Energy East,” Bergen said.

“The Prime Minister can’t be saying one thing in one place, and change his tune when he’s in a different province.”

With a file from The Canadian Press