At Long Last: A Bounceback In The Loonie, Stocks, Oil Prices

CALGARY — The debt ratings for more than a dozen Canadian companies have been placed under review and may be downgraded by Moody’s Investor Services as a result of lower oil and gas prices.

Among the biggest names on the list is Calgary-based Precision Drilling, which owns and operates fleets of rigs used by oil and gas companies in Canada, the United States and other countries.

Other companies on the Moody’s review list include Paramount Resources Ltd. and other oil and gas producers as well as companies that provide drilling, transportation and environmental services to the industry. 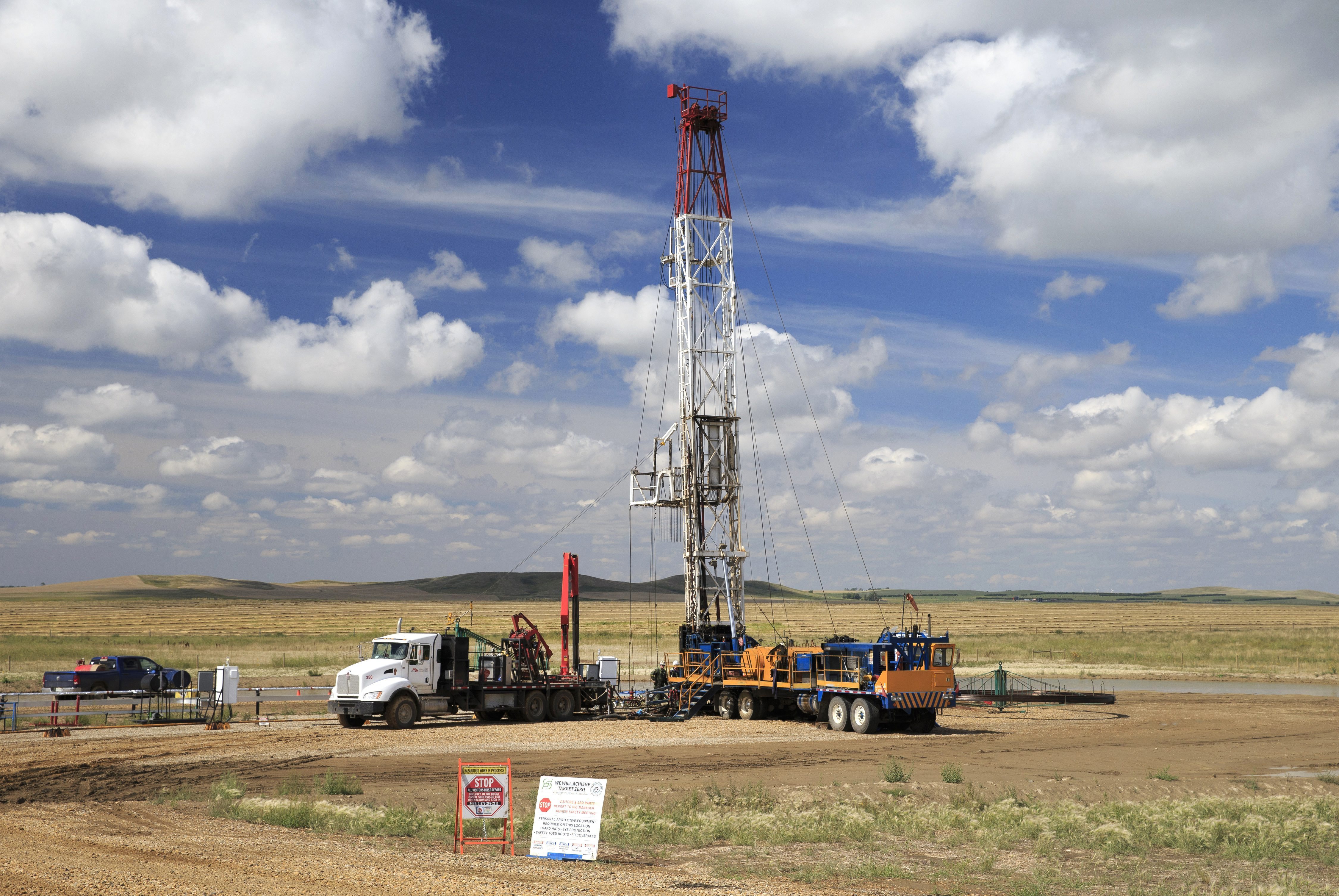 An oil/gas drilling service rig owned by Precision Drilling works on an oil well near Gull Lake, Sask., Aug. 29, 2014. Precision Drilling is one of more than a dozen companies that have been placed on downgrade watch by Moody’s. (Canadian Press photo)

Moody’s says it’s reviewing the debt ratings for a total of 120 companies around the world because of the outlook for energy prices.

It’s estimating the West Texas Intermediate benchmark crude will be about US$33 a barrel this year, on average, rising to US$38 per barrel next year and US$43 barrel per day in 2018 — higher than recent prices but down from 2014 and 2015.

The New York-based agency said it was lowering its estimates for oil prices because of continuing oversupply, particularly in light of new Iranian exports following the end of bans put in place until it met demands to limit its nuclear program.