BoC Report Shows We Live In A Whole New Canada

Journalism Isn't Dying – It's Being Murdered

It’s as if we’re living in two different countries.

Well, OK, in Canada that’s always sort of been the case.

But we’re not talking about the language divide here. We’re talking about the new face of Canada’s economy: Weak energy provinces, where investment is collapsing and joblessness is rising, and the rest of Canada, which is seeing at least a partial economic revival.

The oil price collapse “has set off a complex and lengthy adjustment process,” the Bank of Canada said this week, in its latest monetary policy report. In other words, this isn’t just a temporary condition that will end tomorrow. 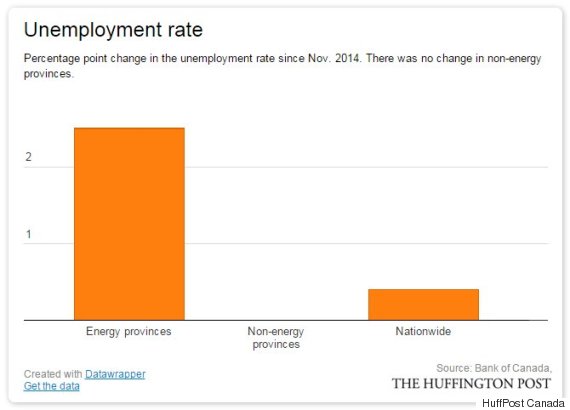 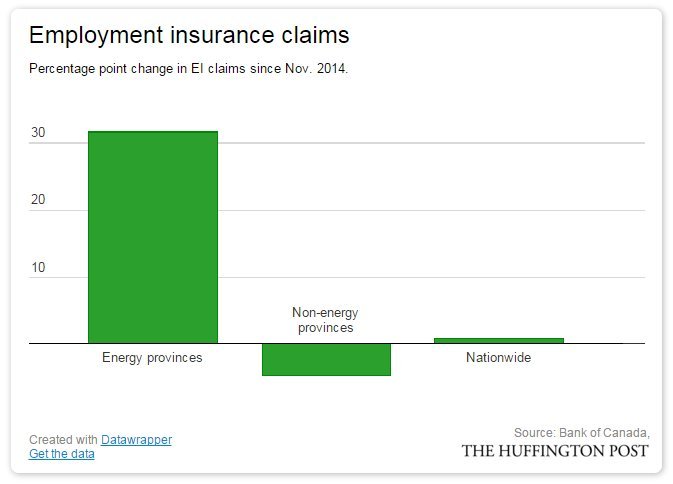 Initial and renewal EI claims jumped by 52 per cent in Alberta over the year to November, while Ontario (down 6.9 per cent), Quebec (down 6.5 per cent) and New Brunswick (down 4.5 per cent) saw the largest declines. 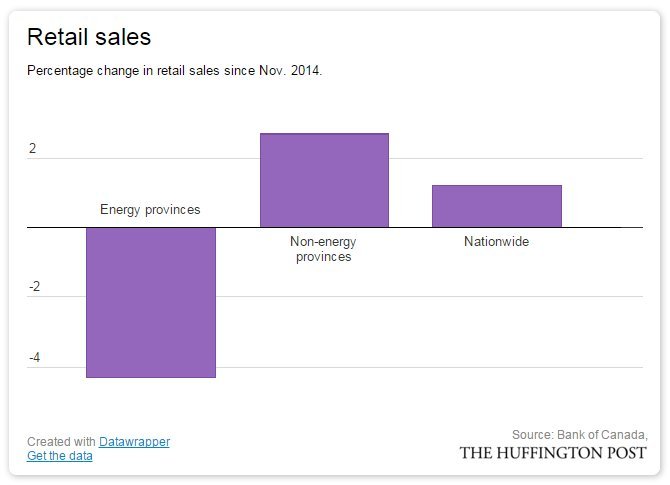 Retail sales have risen in all provinces in the past year, except two: Alberta (down 4.1 per cent year on year in November) and Saskatchewan (down 1 per cent in that time). 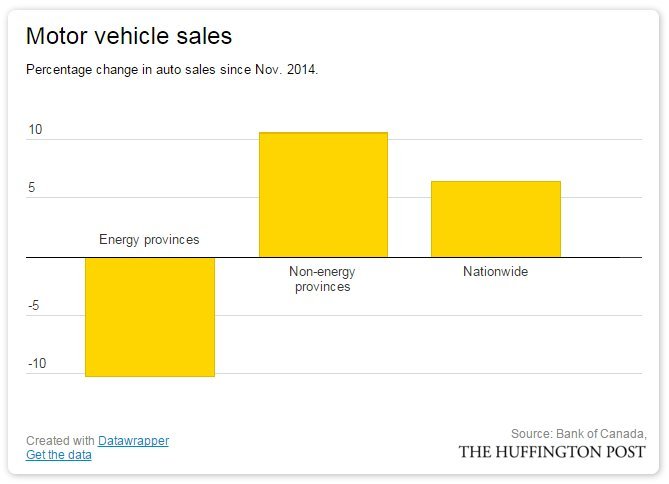 With gas prices coming down, Canadians are buying more cars and 2015 saw a record high numbers of cars sold. The energy-producing provinces didn’t contribute to this bonanza. Sales there fell 10.2 per cent in a year. 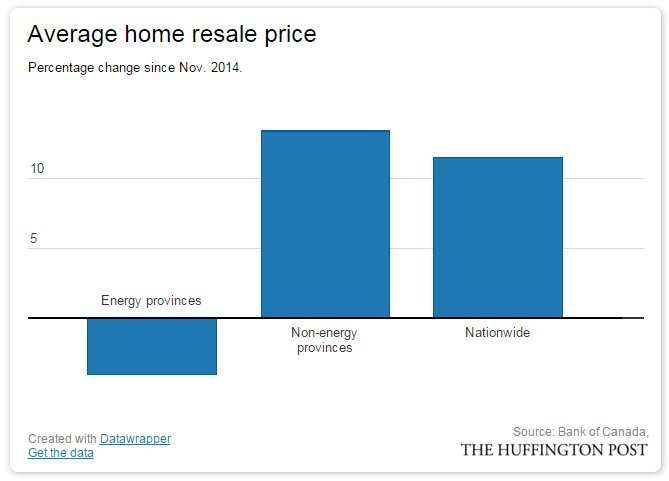 The Bank of Canada’s interest rate cuts last year probably had something to do with house prices accelerating into double-digit growth in many Canadian cities, especially in Ontario and B.C. That rate cut didn’t do much good for the housing markets in the energy provinces, though. 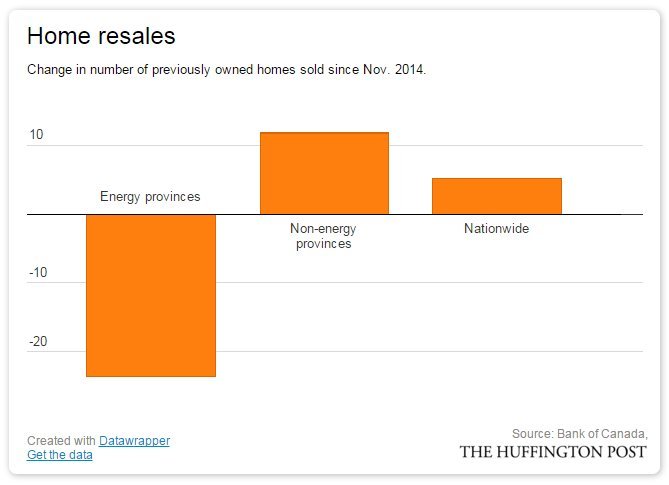 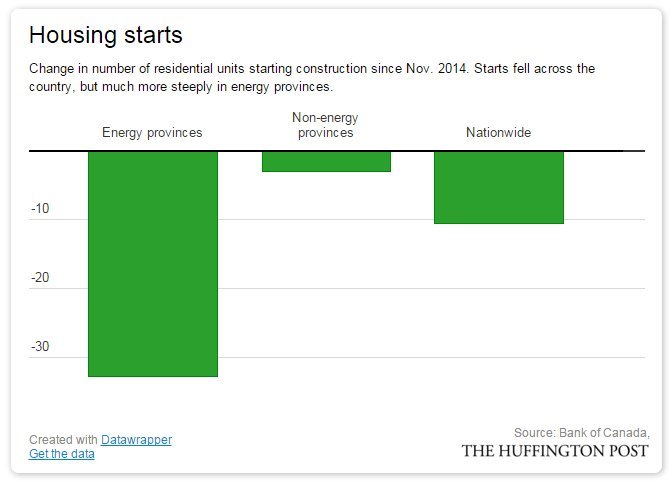 The decline in housing starts is worrying because construction is a big employer in Canada these days. Alberta shed 7,000 construction jobs in the 12 months to December, while Ontario added 28,000 and B.C. added 5,600. 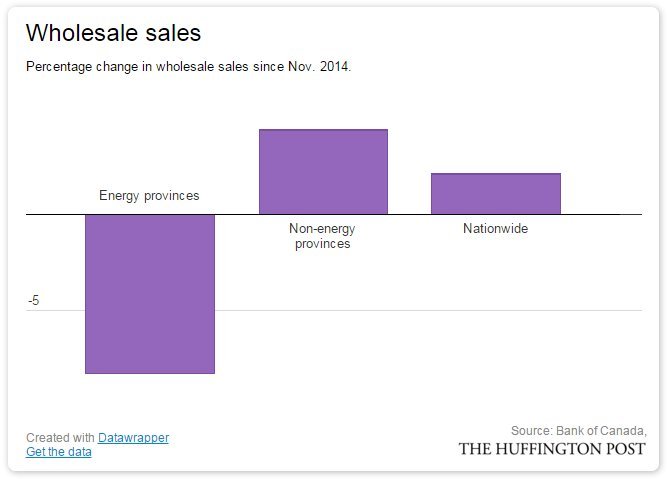 Wholesale sales were up across nine Canadian provinces over the past year, led by motor vehicles and auto parts. Not so in Alberta, where sales fell 10.8 per cent in the year to November.
Source: HP