Tips For Attracting Intrapreneurs To Your Organization

OTTAWA — The European Union says the arrival of the Trudeau Liberal government heralds a new era of transatlantic co-operation on energy and climate change.

Marie-Anne Coninsx, the EU ambassador to Canada, says the Oct. 19 election of Justin Trudeau has changed the playing field on those two issues.

The major change, she says, is that Canada now links climate change and energy policy, which allows for a high-level dialogue on a variety of related issues. 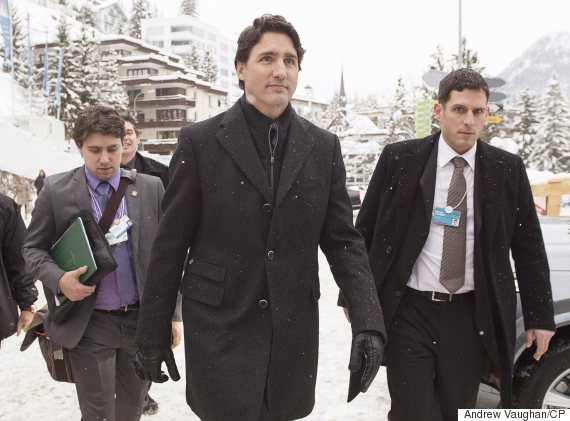 Coninsx says a team of EU ministers from various related portfolios will be in Ottawa in the first half of the year to meet their Canadian counterparts for talks on key issues.

The EU’s view of Canada’s new prime minister emerges as Trudeau continues his travels in the Swiss Alps at the World Economic Forum, where he has talked up Canada’s innovation and brain power over the country’s vast, but finite, natural resources.

Coninsx says Europe has identified renewable energy, innovation and research, as well as growth in imports of liquefied natural gas, as priorities it can pursue with Canada.

In an interview with The Canadian Press, she said the first LNG shipment to Europe from Canada — a private contract —will leave New Brunswick bound for Germany in 2020.

“We had good co-operation with the previous government,” Coninsx said, referring to the Harper Conservatives who negotiated an agreement in principle for a massive trade deal that is in midst of its legal polishing.

“With the new government, we have an additional opportunity to strengthen our co-operation in a number of areas on global issues,” Coninsx added.

“Your minister in Paris said ‘Canada is back.’ And that’s a little bit of the impression we also had.”

“But we see an additional opportunity with this government particularly, I refer to the dossier of climate change and the environment,” she added, noting the performance of Environment Minister Catherine McKenna at the recent global climate talks.

Canada brought no new proposals on reducing greenhouse gasses to the table in Paris and the Trudeau government faces criticism that it has not come up with stronger climate plan.

But in Europe, Coninsx suggested none of that appears to matter, at least for now.

“Your minister in Paris said ‘Canada is back.’ And that’s a little bit of the impression we also had.”

‘Dirty oil’ fight is over

The Conservative government made its own energy gains in Europe after winning a long, hard battle to prevent Alberta oilsands crude from being labelled as dirty oil by the European Parliament.

Last year, the European Parliament formally backed down from its position on the so-called fuel quality directive, which would have singled out oilsands’ crude as more carbon-intensive than other types.

Asked about that fight, Coninsx said: “It’s over.”

She even allowed that Canadian oil might one day be sold in Europe, though in reality that might be a hypothetical proposition.

“We will not say no crude oil, no gas, or only gas,” she said. “(But) with the low prices for oil for the moment, I doubt there will be a big demand for crude oil coming from Canada because we have our sources.”

Europe is open to more LNG, but realizes Canada needs to work out its pipeline issues, so it can get production to an Atlantic port.

But there are other obstacles.