TORONTO — Postmedia’s layoffs and newsroom mergers hint at a growing media monopoly in Canada, critics say, with some calling for government intervention to find a solution to the newspaper industry’s money woes.

But not everyone is convinced the future of journalism contains daily print newspapers at all, pointing out that it’s digital outlets that are stepping up to sate the public’s appetite for news.

“Newspapers aren’t the cash cow they used to be and they’re never going to be that again,” Alfred Hermida, director of the University of British Columbia’s school of journalism, said in an interview Wednesday. “So then you need to rethink how we approach this.” 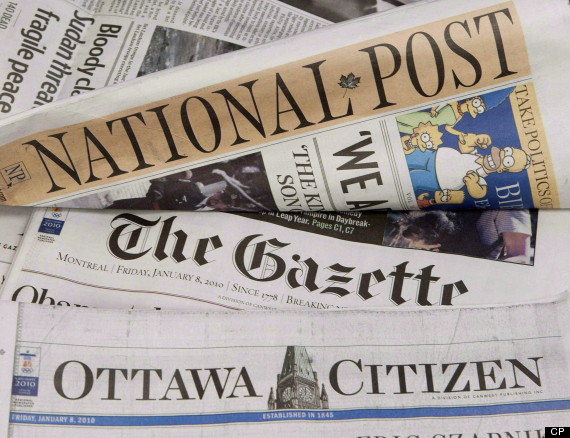 Papers could also turn to the non-profit sector for funding, replicating a model at the heart of an ongoing experiment in Philadelphia. The owner of The Philadelphia Inquirer and two related publications has given the properties to a newly created non-profit, the Institute for Journalism in New Media, along with a US$20-million endowment.

Unless fledgling organizations like Postmedia can find a similar angel investor model, said Paul Knox, professor emeritus at the Ryerson school of journalism, “one way or another, people who actually want information and news are gonna have to pay more for it.”

“It may be that over time — and maybe not all that much time — people are going to find that they’re better served by these digital native organizations than they are by the legacy print operations.”

Some local organizations have managed to find ways to do that, Knox said. He points to Vancouver-based The Tyee, which raised more than $100,000 in 2014 and accepts monthly contributions from local donors, and All Nova Scotia, a popular site where every article can only be accessed by subscribers.

“It may be that over time — and maybe not all that much time — people are going to find that they’re better served by these digital native organizations than they are by the legacy print operations,” said Knox.

Most of the organizations that have figured out how to make money in the digital age never had a print publication associated with it, said Hermida.

It may be those that continue to thrive, he said, adding that he’s optimistic about the journalistic opportunities for non-traditional venues.

Before the Internet, newspapers lacked competition and monopolized revenue from classifieds and advertisements, he said. Now, those same organizations compete with websites for audience and advertising dollars, increasingly to the peril of their bottom lines.

Downsizing across the country

Over the years, multiple newsrooms have cut staff in response.

About 90 Postmedia employees lost their jobs this week as the company stepped up its plans to cut $80 million in costs by mid-2017.

The company also announced Tuesday it would merge newsrooms in four cities where it owns two newspapers in each market. The Ottawa, Calgary, Edmonton and Vancouver papers will share a newsroom, but continue to put out different publications.

Postmedia purchased Sun Media’s English-language newspapers and digital properties in these and other cities last spring in a deal approved by the federal Competition Bureau. At the time, the bureau said the deal did not pose a threat to competition.

The newsroom merger, however, has some feeling differently.

It’s “inevitable” that those markets will eventually whittle down to one Postmedia-owned paper, he said. Postmedia, meantime, maintains it plans to continue publishing two papers in each market.

He plans to ask the Competition Bureau and the House of Commons’ industry committee to study what he called a troubling trend of “creeping concentration and dilution of competition” to come up with some solutions.

The bureau has not said whether it would entertain the request.