The copyright suit against Toronto-based Contempo Media and Montreal’s Indecent Xposure seeks up to $50,000 in damages from each outlet.

Word of the claim took Nick Younes, founder of Indecent Xposure, by surprise.

“Oh, wow!” Younes said in an interview Thursday. “It’s just very surprising that a big company like Playboy would crack down on small publications like us.” 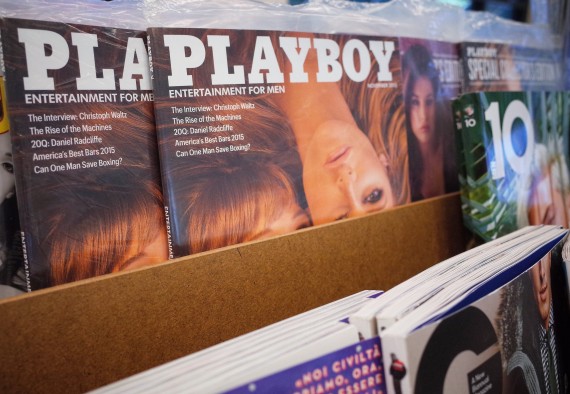 November 2015 issues of Playboy magazine are seen on the shelf of a bookstore in Bethesda, Md. on Oct. 13, 2015. (MANDEL NGAN/AFP/Getty Images)

Indecent Xposure publishes the online IX Daily, which features articles on fashion, music and culture in Canada. One such article was on the Kate Moss spread two years ago in Playboy, which sparked reports from publications around the world.

At the time, he said, the webzine was making no money and it took down the offending material as soon as Playboy objected in mid-2014.

“It sounds a bit crazy that they would really go this far.”

Younes, who has yet to file a statement of defence, said he believes the news article, which credited the images, was squarely in line with Canadian copyright laws that allows fair use.

“It sounds a bit crazy that they would really go this far, especially a big company like Playboy,” he said.

“There was no monetary value as to us putting up that article and making money off the backs of Playboy. That is just pure ridiculousness. The post itself, I’m not even kidding you, had 109 views. It’s not like we stole money from them.”

According to the separate but similar statements of claim, which are replete with the impugned pictures of Moss, Playboy hired two well-known fashion photographers, Mert Alas and Marcus Pigott, to take the images for its January 2014 edition, which sported a bunny-eared Moss on the cover. 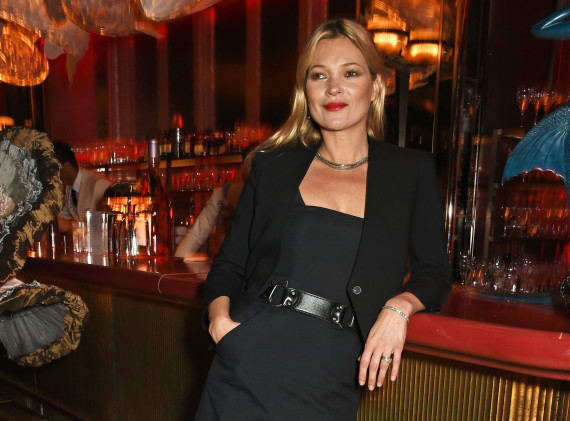 The company gave no one permission to publish the pictures but Contempo and Indecent Xposure reproduced or published them going back to December 2013, despite requests from U.S.-based Playboy Enterprises International to stop doing so, the unproven claims before Federal Court allege.

“The defendant at all material times knew or had reasonable grounds for knowing that copyright subsisted in the work and that the plaintiff was the owner or the licensee of the copyright,” the claims state.

“By reason of its illegal activities, the defendant has made unjust profits on sales of Internet advertisements on its website, among other revenues, by unlawfully attracting customers to its business, for which the plaintiff has suffered damages.”

Screen grabs attached to the claim show Contempo’s web publication — Sharp – Canada’s Magazine for Men — published its Moss pictorial with numerous images under the heading of “The Kate Moss Anthology.”

“We didn’t do it knowingly.”

Contempo president John McGouran said he had not yet seen the claim. He did acknowledge having been contacted at one point by an American firm.

“We didn’t do it knowingly, so we made them an offer and never heard back from them, and that was the end of that,” McGouran said.

Bob Sotiriadis, the Montreal lawyer acting for Playboy, could not explain why it has taken so long to file the suits, but said the claims speak for themselves.

“The fundamental rule of copyright law is that you cannot reproduce a work or a substantial part of a work without the author’s permission,” Sotiriadis said.