Trudeau Drops Humblebrag About University Of Waterloo In Davos Keynote

Prime Minister Justin Trudeau set aside a few minutes in his speech at the World Economic Forum in Davos, Switzerland Wednesday to sing the praises of one Canadian university.

In a speech titled “The Canadian Opportunity,” Trudeau used his keynote address to distance himself from the resource and energy-themed speeches delivered by former prime minister Stephen Harper in years past.

Instead, Trudeau leaned on tech innovation and diversity, outlining examples to frame Canada as an economic hub rich with “brilliant minds and brilliant ideas.” 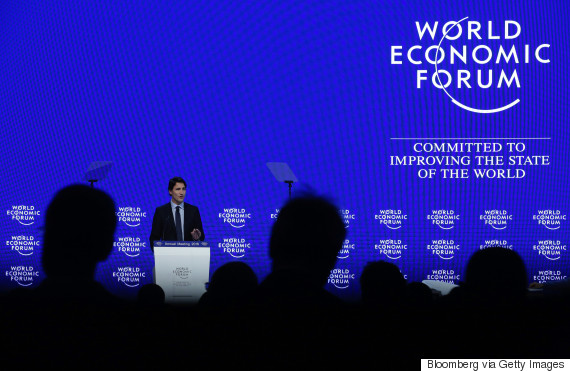 “Recently, a New York Times reporter asked the president of Y Combinator, a major Silicon Valley startup funder, if any one school stood out as a source of graduates with sparkling new ideas,” Trudeau said.

Highlighting the success of the school’s graduates, the prime minister used the reference to shine a light on Canada’s student population, calling the cohort “one of the most diverse in the world.”

“Diversity isn’t just sound social policy. Diversity is the engine of invention. It generates creativity that enriches the world. We know this in Canada,” he said.

According to Altman, the Ivy League school “has not had a really great track record” compared to Waterloo.

The hat tip comes a week after the prime minister visited the Ontario university to meet with student entrepreneurs enrolled in the school’s Velocity Science program.

Trudeau and Innovation Minister Navdeep Bains announced $12 million in funding for water research at the University of Waterloo.

The money is expected to support up to 80 projects and forge partnerships with 90 businesses and non-profit organizations.

“We can’t wait to see what our most innovative Canadian companies have in store for our communities.”