A Canadian Steel Industry Is Vital for Our 21st-Century Economy

DAVOS, Switzerland — Fresh off his Golden Globe win, Leonardo DiCaprio drew ooohs, ahhs and smiles from a crowd as he was honoured for his work against the climate crisis at the World Economic Forum in Davos. Then he ripped into Big Oil.

The Hollywood star of “The Revenant” traded the North American snows for white Alpine slopes at a ceremony Tuesday where he announced his foundation was donating another $15 million to environmental projects, and pleaded with business leaders and other notables on hand to help battle climate change.

“We simply cannot allow the corporate greed of the coal, oil and gas industries to determine the future of humanity,” DiCaprio said to polite applause. “Those entities with a financial interest in preserving this destructive system have denied and even covered up the evidence of our changing climate.” 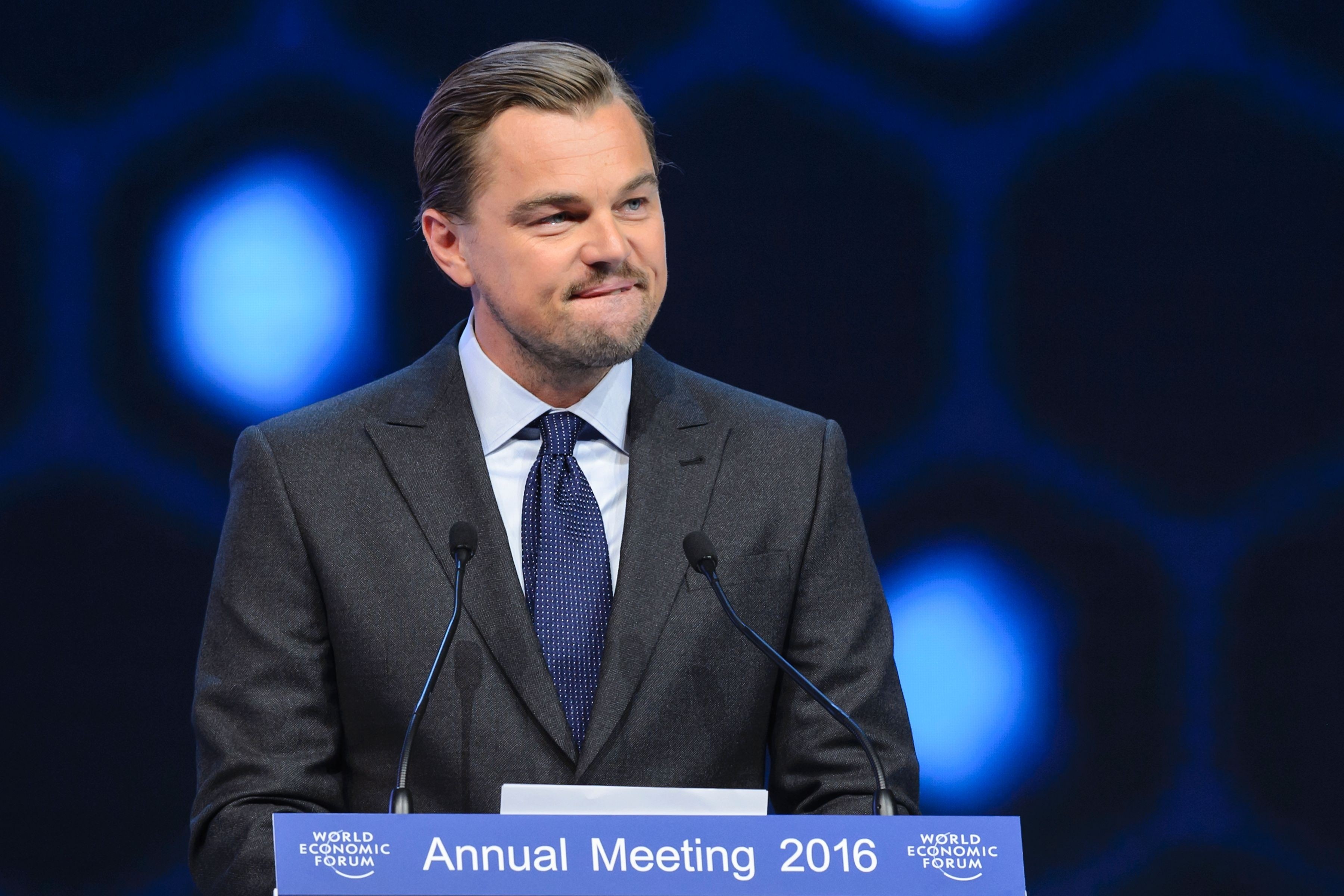 Actor Leonardo DiCaprio delivers a speech after being awarded during the 22nd Annual Crystal Awards at the opening of the World Economic Forum (WEF) in Davos, Switzerland, Jan. 19, 2016. (AFP/Getty)

“Enough is enough. You know better. The world knows better. History will place the blame for this devastation squarely at their feet.”

In their speeches, both DiCaprio and Will.i.am mentioned Bill Gates — a Davos staple, who is set to take part in a session this Friday. DiCaprio hailed the Microsoft co-founder for his support of a “zero-emissions” future; the hip-hop star imagined the impact on a downtrodden community if a Gates-like entrepreneur were to emerge from one.

Chen, who was said to have 78 million followers on Sina Weibo, China’s answer to Twitter, was recognized for her work on behalf of the U.N. refugee agency, UNHCR.
Source: HP