MONTREAL — Canadians can expect high prices for produce to last at least several more weeks as a result of the weak loonie and weather issues in crop-growing areas, one of the country’s largest grocery chains said Monday.

In addition to the adverse impact of the lower Canadian dollar, flooding caused by El-Nino have contributed to supply shortages and price increases on produce from California and Mexico, said Claude Tessier, president of Sobeys Quebec.

“From what we hear the situation is going to be for the next three weeks and then we’ll see how things evolve (along) the west coast,” Tessier told reporters after Sobey’s CEO Marc Poulin spoke to the Canadian Club. 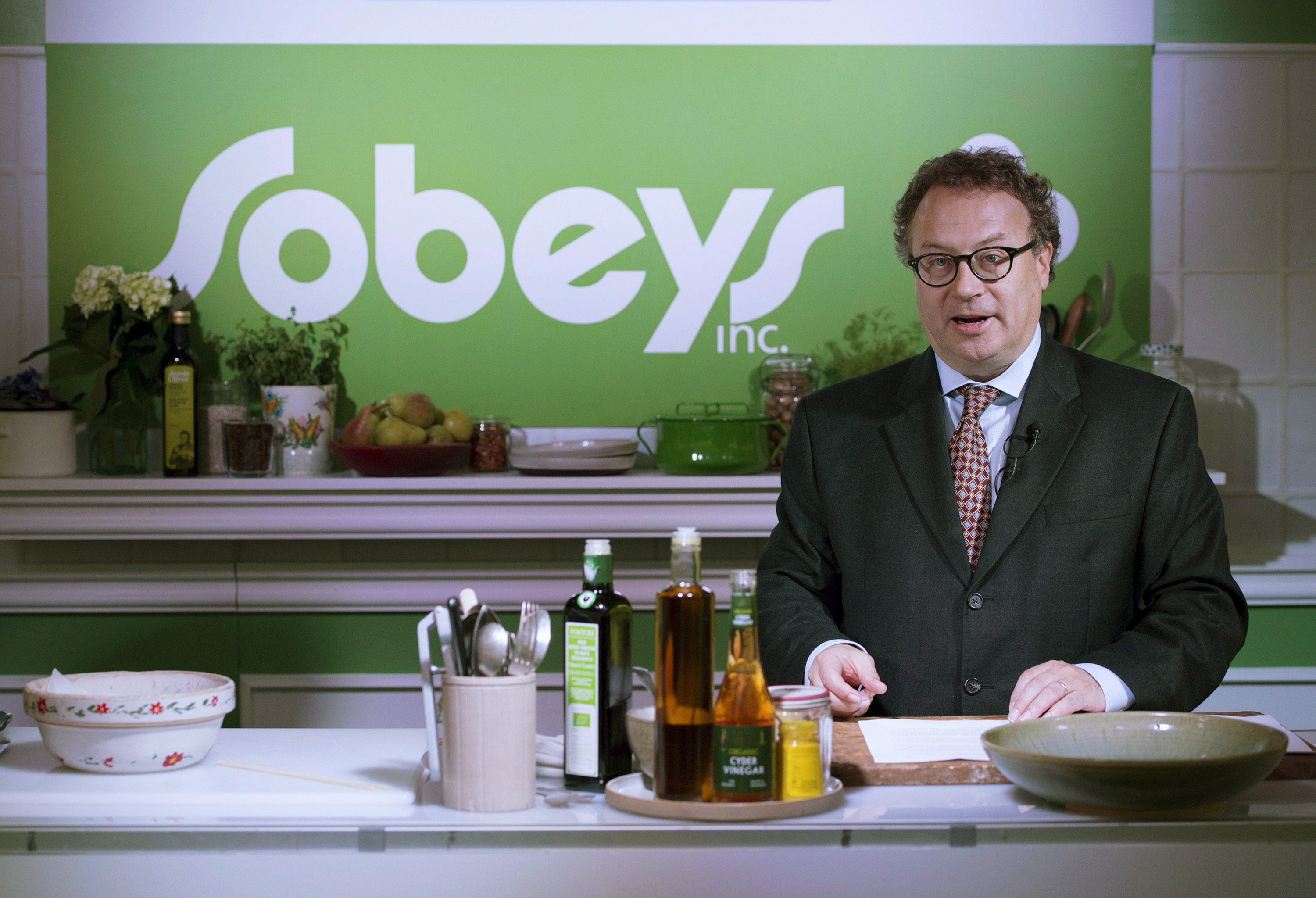 This chart from National Bank, published in Sept., 2015, shows retail prices were under upward pressure from a falling loonie even before the currency’s latest slide this month. (Chart: NBF)

The company, which also operates banners such as IGA, Safeway and FreshCo, is struggling to deal with the worst situation in 30 years by trying to import fresh food from other growing areas such as Florida, Morocco and Spain, Tessier said.

Cauliflower and grapes have been harder to access, with just 20 per cent of the normal delivery of some goods being shipped to stores, he said.

Restaurants that feature cauliflower have had to adjust by raising prices or using alternatives like squash since the cost for a case of the cruciferous vegetable has more than doubled to as much as $60.

Sobey’s is also turning more to local suppliers for items like potatoes, carrots and onions.

Three bucks. For a cucumber. pic.twitter.com/xGkygxkxqB

Since the challenges only accelerated after the holiday season, it’s not yet clear if consumers are substituting by buying cheaper alternatives.

“We’re not seeing a blowback in terms of purchasing,” Tessier said.

“For sure the consumer in general is more cautious about the prices and it’s been like that for a couple of years.”

Meanwhile, the price of other food is also rising, according to the University of Guelph’s Food Institute.

It has said meat rose five per cent last year and is expected to increase up to 4.5 per cent in 2016; fish and seafood could rise by up to three per cent, and dairy, eggs and grains could see a two per cent increase.

Fruit and vegetable prices could increase up to 4.5 per cent for some items this year, after having risen between 9.1 and 10.1 per cent last year.

The institute estimates the average Canadian household spent an additional $325 on food in 2015 and is expected see an additional increase of about $345 this year because of the low dollar.

However, prices are even higher in northern and remote communities, making it even harder for poorer Canadians to healthy diets.