TORONTO — The dimming economy is not the only challenge facing Finance Minister Bill Morneau as he puts together his first federal budget.

Morneau must also wrestle another major mathematical threat to Canada’s bottom line: uncosted Liberal promises made during and since the election campaign.

The list is long, and many of the costs have not been made public— something Morneau has committed to rectifying when he tables the fiscal blueprint this spring.

“What we will be doing is updating, in order to make sure that we have costings on every single one of our initiatives,” Morneau told reporters last week in Toronto when asked whether he was willing to run annual shortfalls bigger than $10 billion. 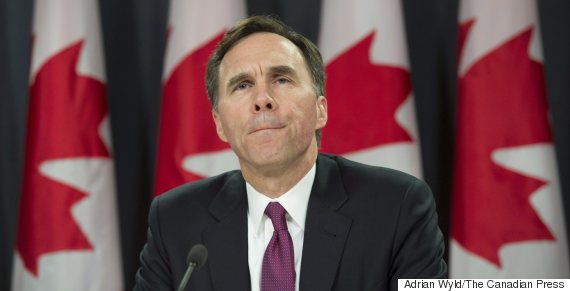 “So that we can give Canadians a very clear and transparent understanding of our financial situation at the time of the budget.”

The added costs would apply more fiscal pressure on a government that already appears poised to break its pledge to cap annual deficits at $10 billion over the next two years.

The government has acknowledged it faces challenges from the fading economic outlook and the fact, it says, that it inherited a weaker-than-expected fiscal situation from its predecessors.

The yet-to-be fully costed Liberal pledges include ending all boil-water advisories on aboriginal reserves within five years, delivering on all 94 recommendations from the Truth and Reconciliation Commission and lifting the two-per-cent cap on federal funding for First Nations communities. 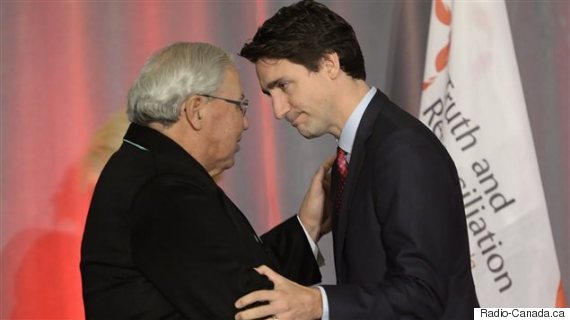 The Liberals have promised to deliver on all recommendations from the Truth and Reconciliation Commission. (Photo: Radio-Canada)

It also promised a new federal-provincial health accord.

The Liberal platform does take into account the party’s promise of $3 billion over the next four years to improve home-care services. However, the cost of a long-term funding deal with provinces and territories has yet to be determined.

The party has also referred to the need for a national housing strategy and improvements to affordable childcare, although some of those costs may be included in a plan to set aside $20 billion for social infrastructure.

During the election campaign, the Canadian Taxpayers Federation listed uncosted pledges by the major political parties. The Liberals, the group said, had yet to provide price tags for promises such as:

— The creation of the Canada Infrastructure Bank, which would use the federal government’s strong credit rating and lending authority to make it easier for municipalities to build infrastructure projects.

— To re-engage on the 2005 Kelowna Accord, a series of agreements between the previous federal Liberal government, provinces, territories and aboriginal groups that would have provided billions of dollars to improve the standard of living for indigenous peoples. 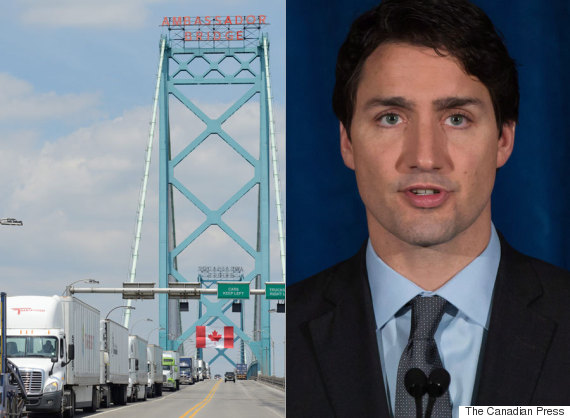 Repair costs for the new bridge at the Detroit-Windsor border crossing are one of the unexpected costs the Liberal government is facing. (Photo: CP)

In addition to the uncosted promises, the Liberals are also facing a common obstacle for new governments after they take power: unanticipated expenditures.

Those costs include the need for Ottawa to find $3.5 billion more to pay for the new bridge at the busy border crossing between Detroit and Windsor, Ont.

The information about the span, which will be named after hockey legend Gordie Howe, was included in a secret briefing note to Prime Minister Justin Trudeau obtained by The Canadian Press under the Access to Information Act.

The document said the extra cash is needed to make up for the sinking Canadian dollar and to establish a contingency fund to absorb the shock of any interest-rate increases.

The Trudeau briefing note also touched on another possible unexpected cost related to ongoing negotiations with the public service over sick and disability leave. The note said if a new plan isn’t implemented in the 2015-16 fiscal year, then $900 million in savings for the government, booked by the Tories in last April’s budget, may have to be unwound.

The Liberals also face the possibility of extra costs of their plan to resettle 25,000 Syrian refugees.

“I look forward to how Mr. Morneau is going to deal with all of those concerns,” said economist Kevin Milligan, who helped cost the Liberal platform but stopped advising the party after the election.


“There were a lot of promises made that were not costed.”

Milligan, a professor at the University of British Columbia, said he never took a closer look at the platform’s uncosted aboriginal-spending vows because he wasn’t asked to do so.

But he said implementing the Truth and Reconciliation Commission recommendations would add to the government’s costs.

Still, the government has also made pledges that it says will raise revenues.

Among them is a review of spending by the Harper government and a plan to target tax loopholes that particularly benefit the wealthiest Canadians. In total, the Liberals estimated the actions will generate $6.5 billion over four years.


“What does that mean and how much is that going to cost? I mean, it will be quite an exercise if you just try doing that one alone.”

“There were a lot of promises made that were not costed,” said the University of Calgary economist, who also referred to the Liberals’ Truth and Reconciliation Commission vow.

“What does that mean and how much is that going to cost? I mean, it will be quite an exercise if you just try doing that one alone.”

Mintz said it’s common for political parties to make lots of promises when they’re trying to get elected.

“But you don’t need to keep every one of them,” he said.

“In fact, it’s probably a good idea not to because some of them are impractical or not necessarily well-thought through.”