'Luso', A Farm Near Orangeville, Has Bowling, An Arcade And A Zipline

What Is B.C.'s Energy Future After The Paris Climate Agreement?

Halifax-based Gabor Lukacs says people should be alarmed that it’s an unlicensed company, saying that leaves passengers with a financial risk.

Recently-launched NewLeaf is partnering with Flair Airlines, based in Kelowna, B.C., to offer cheap flights out of seven smaller airports in five provinces.

NewLeaf, which is based in Winnipeg, agrees the company does not have its own operating licence from the Canadian Transportation Agency. 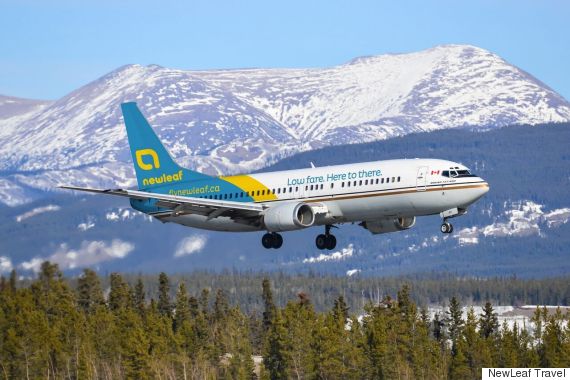 The company’s CEO says customers have no reason to be concerned. (Photo: NewLeaf Travel)

But NewLeaf president and CEO Jim Young says the company does not need a licence because its operating partner, Flair Airlines, already has a licence from the agency.

Young says Flair aircraft and staff will be used for NewLeaf flights.

“All the same terms and conditions and contracts of carriage exist with Flair as they would exist with NewLeaf,” Young tells CTV News. “We’re selling seats on Flair Airlines as a result of the NewLeaf brand, so customers should have no concerns at all.”

While Lukacs supports more competition in the aviation industry, he says the licensing arrangement between NewLeaf and Flair could leave passengers in financial limbo if baggage gets damaged or lost during a flight sold through NewLeaf, or if the company cancels or delays a flight.

“It’s a question of who has commercial control, who sets the schedules, who decides what the terms and conditions are and there are some very practical problems with what we see here, which are quite obvious,” he says.

“They have two separate statements about baggage and liability… Now which of them is going to apply? Whichever is best for the airline?

One of the problems stems from confusion around baggage liability within NewLeaf’s General Conditions of Carriage, says Lukacs.

“They have two separate statements about baggage and liability. One says $750, the other says $1,500. Then go to the bottom of the page and lookup Flair Airlines terms and conditions; they say $250,” says Lukacs. “Now which of them is going to apply? Whichever is best for the airline?”

Lapointe says once the NewLeaf service begins, Flair’s tariff document will be applied.

NewLeaf not required to have license in Canada

Jack Branswell with the CTA confirms NewLeaf is not required to have its own licence during a review of the Canada Transportation Act, but says that could change.

“While this review is underway, the agency will not require companies such as NewLeaf, who bulk purchase all seats on planes and then resell those seats to the public, to apply for a licence,” Branswell writes in email to CTV News.

“The agency will continue to carefully monitor this issue. Should NewLeaf’s business model evolve into that of an air carrier, the agency will require NewLeaf to hold the appropriate licence.”

NewLeaf Travel is promising non-stop trips beginning on Feb. 12, with flights running out of airports in Nova Scotia, Ontario, B.C., Saskatchewan and Manitoba. Flights will cost between $89 and $149, which includes all airline fees and additional taxes.