John And Lisa Robinson Of Tennessee Have Won Powerball Jackpot

Toxic Jewelry: Read This Before Buying Your Kids Cheap Accessories

UPDATE: The Robinsons’ ticket has been verified as a winner, according to CBS. The couple have decided to take a lump sum of US$328 million.

One Tennessee couple could take home a piece of Wednesday’s Powerball lottery jackpot, saying they bought one of the three winning tickets.

On Friday, John and Lisa Robinson of Munford showed off their potential winning ticket on NBC’s Today.

Before taxes, their payout would be about US$533 million, or US$328 million if they opt for a lump sum. 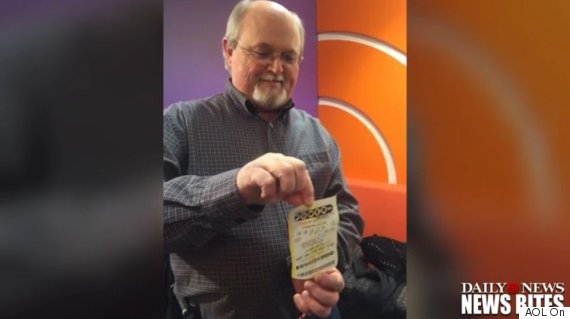 While their claim has to be verified by lottery officials, the grocery store where they bought their ticket is the same one where a winning one was sold.

“The winning ticket for the Tennessee winner was sold right here at Naifeh’s,” Tennessee Lottery president Rebecca Hargrove said Thursday. The store was presented with a giant US$25,000 cheque, according to The Commercial Appeal.

Two other winners of Wednesday’s US$1.6 billion jackpot, from California and Florida, have yet to come forward.

A Pomona, Calif. nurse whose employer identified her as a winner had actually been pranked by her son, KABC reports.

However, the California 7-Eleven location that sold a lucky ticket received a mock US$1-million cheque Thursday, according to the outlet.

Happy crowds swarmed the convenience store in Chino Hills after learning of the lucky sale, but some Powerball losers didn’t take the bad news so well.

Watch the video above to learn more about what the Robinsons plan to do after their possible win.
Source: HP