Down, Down, Down: TSX, Loonie Slide As U.S. Market Has Worst Start To Year Ever

A B.C. Supreme Court ruling this week and discouraging signals from B.C.’s provincial government have further undermined the prospects of two proposed oil pipelines to the Pacific coast, just as Carr is taking part in intense briefings on his new portfolio in Justin Trudeau’s Liberal government. 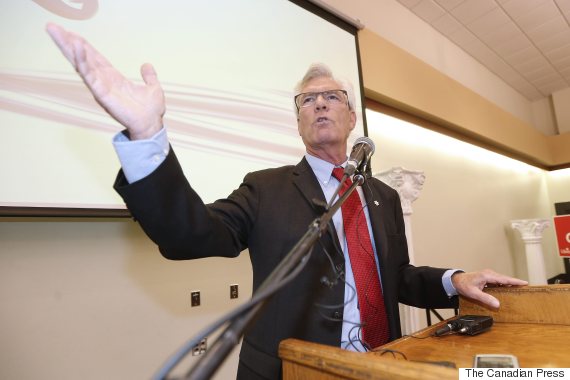 The natural resources minister is also charged with re-tooling the National Energy Board and environmental assessments in an effort to restore broad public confidence in the way major resource projects are approved.

“Believe me, nobody is lollygagging,” Carr told The Canadian Press in an interview this week from Winnipeg.

“We understand the importance of the moment … and I also understand the opportunity. So we’re working intensely and collaboratively across the government and we’re determined to get it right in a timely way.”

His comments come as federal Finance Minister Bill Morneau is in Calgary on pre-budget consultations, where the Liberals can expect to get a cold blast of get-it-done impatience.

The Liberals are signalling they’d like to speed up the timetable for major government infrastructure spending, given the continuing economic downturn. At the same time, they continue to grapple with continuing delays in approving pipelines — shovel-ready, multibillion-dollar long-term infrastructure projects fully funded by the private sector.

Does free trade deal with China depend on it?

With the benchmark price of oil slipping below $30 a barrel, dragging down the Canadian dollar with it, the new national government is staring down the barrel of a budget deficit that threatens to balloon into the tens of billions of dollars.

And reports this week suggest Liberal ambitions for a new free trade deal with China may hinge in part on Chinese demands for a new export oil pipeline to tidewater.

Events are all conspiring to ratchet up pressure on the Trudeau Liberals for a Nixon-to-China move on a major pipeline approval that eluded the Alberta-based, oil-and-gas-boosting Conservative government of Stephen Harper during almost a decade in office.

But the Liberals have also promised a new era of environmental responsibility and broad public consultation, which Carr insists remain integral to the government’s plan.

“It’s important that we move as quickly as we can while being responsible — by ensuring that we’ve consulted with people who are part of the movement going forward to ensure that Canada is able to move its resources to market sustainably,” said the minister.

“Believe me, nobody is lollygagging.”

All that collaboration and consultation, Carr added, must be “mindful of the importance of Canada’s competitiveness position and that moving our resources to market in a sustainable way is also part of our mandate.”

Reminded of the cautionary saying about living in times of turmoil, Carr agreed there’s a lot on the boil.

“So you’re right, these are interesting times and they’re important times,” said the former CEO of the of Business Council of Manitoba.

“But I also choose to see them as a time of opportunity.”