Canadian Home Prices Have Soared 12% In The Past Year, Led By 'Wild' Vancouver

A few weeks ago many witnessed history in the making. If you’re a total sci-fi nerd like me with dreams of conquering space, you already know what this is about. If not, well, lets just say this article has very little to do with the Miss Universe controversy.

(Nearly) everyone’s favourite aerospace manufacturer and space transport company SpaceX reached a pinnacle milestone recently as Team Musk had successfully launched and landed a multi-stage rocket to space and back (with a heavy emphasis on landed). More recently, Jeff Bezos’ private spaceflight company Blue Origin had accomplished this, but in as few words as possible, SpaceX’s Falcon 9 can go much further and way faster. Rocket wars, eh? This is pretty significant step, considering this paves the way for reusable rockets and, as most industries that need a good fire lit under them, it shows that America’s entrepreneurs are actively pushing a relatively slow-moving industry forward. Even space exploration.

Up until now, our current space technology has no remorse for rockets; after successful delivery they breakdown into collateral waste and hopefully crash somewhere that won’t rain fiery doom on civilian life. The closest I could compare this to is lighting up an extra large Cohiba — with a $200 million dollar bill. Each traditional launch could cost between $200 to $400 million per, but for SpaceX it cost a mere $60 million to send a rocket up to space. Plus $200,000 in gas. SpaceX’s current mission is to save us some cash by doing what you would think is the next logical step for space travel: reduce, reuse, recycle. The goal? Life on Mars, sans the Total Recall experience.

Thanks to that thing we call the internet, entrepreneurs and corporations are hustling harder than ever to introduce new and sometimes unnecessary “stuff” in order to make a quick buck (I’m looking at you, smart refrigerator). It can be argued that there is a shortage of brilliant and motivated philanthropists that shoulder a relentless drive to achieve life’s most inconceivable aspirations. There are many to look up to — from Stephen Hawking to Paul Allen — but for now lets talk about two such inventors. One is Elon Musk, and the other is, well, a fictional version of Elon Musk.

It’s not just myself that made this comparison: on Reddit, Forbes, and nearly any medium where tech and sci-fi overlap, there is always a connection being made between these two rich and smart guys. If you’re a comic nerd like myself, you’ll probably want to preface that Stan Lee’s original Tony Stark was actually based off of Howard Hughes — inventor, playboy and all-around bad-ass in the 1960s. Prior to the billion dollar Avengers franchise, the inspiration for Robert Downey Jr.’s Tony Stark in the original Iron Man movie required some connectivity to the modern era. Director Jon Favreau and RDJ made it very clear from the start that the movie version of Tony Stark was in fact, inspired by Elon Musk. He’s probably the closest person you’ll find that fits the bill and as Favreau had previously announced, “Elon is a paragon of enthusiasm, good humor and curiosity — a Renaissance man in an era that needs them”.

As an ode, Musk even had a small cameo in Iron Man 2 for good measure.

On the surface, the comparisons are pretty obvious. They’re nearly the same age. They both get extra points in the style column. They both drive exceptionally unique and fast cars (Musk previously purchased and totalled a McLaren F1 sports car). The “lifestyle” is inherently important for both, although the fictional account of Stark’s endeavours are obviously exaggerated.

Inside their heads is a whole ‘nother ball game. They’re both geniuses at physics, which brought a new direction for electricity to the forefront. Stark having an edge towards electrical engineering which helped develop the Iron Man suits, while Musk’s background in economics may have had a hand in developing PayPal, although he never claimed to be a banking wizard. Side note: Musk once did a summer internship at Scotiabank. 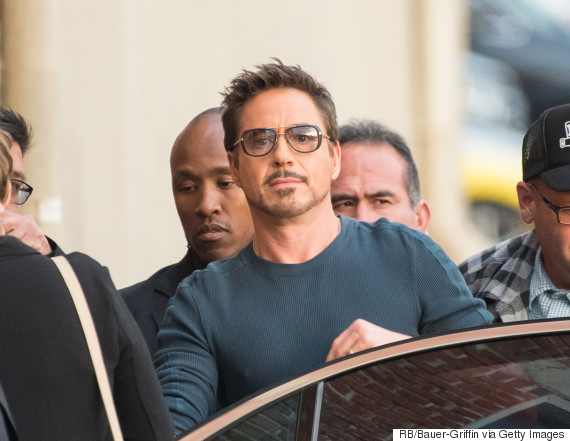 Similarly, they both have the adrenaline itch. More often than not, Stark defies the advice of his witty and much more conservative A.I., J.A.R.V.I.S., in a never-ending banter between risk vs. safety. Musk, whose grandfather was a pilot that brought his family on wild adventures across the world in his own plane, doesn’t back down much either. In a surprising revelation captured in detail in his biography, a recent party that he hosted in a castle had himself strapped to a board surrounded by balloons and a professional knife thrower taking shots. Then proceeded to go mano-e-mano with a 350-lb sumo wrestler. Random, I know. On the flip side, when it comes to business, there just isn’t forward movement without risk.

While Tony Stark has Stark Industries, which went from developing weapons to building sustainable energy, Musk splits his time between multiple companies that revolve around energy. After a big time pay day from eBay’s acquisition of PayPal, Musk immediately took his earnings and distributed them amongst three important companies:

While there are also many notable differences between the genius-billionaire-playboy-philanthropists, there’s one powerful characteristic that allows both Musk and his fictional predecessor to stand out from the Justin Hammer’s of the world. Their goals are much larger than the supposed competition around them. Stark believes his true competitors comprise of supervillains and adversaries to world peace. Musk shares a similar view — his biggest competitors are those who accept conformity, those with the inability to dream, those who fear change and transition, and whatever gets in the way on his path to improving humanity’s chances for survival. At least that’s what I take of it.

Besides, if anyone’s ends up building Ultron, blame Google.