Buy A Condo With No Down Payment, Pitches B.C. Developer

The Canadian Olympic Committee promises to adopt all eight recommendations from an independent review following the resignation of president Marcel Aubut.

But COC senior management officials, who the report said knew about a culture of harassment in their organization, will be responsible for implementing the changes. 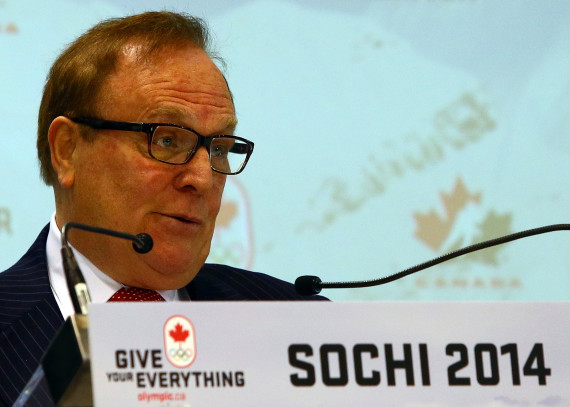 Aubut stepped down as president in October after women accused him of sexual comments and unwanted touching. The 68-year-old lawyer has not faced any criminal charges.

The COC has released a report by the law and human resources firm Rubin Thomlinson, which investigated the scandal and the organization’s policies.

“We failed our employees.”

“It is clear from the report’s summary that the board and the senior leadership team could have done more and for that I apologize,” the former Olympic rower said Wednesday on a conference call.

“We failed our employees.”

Smith was a COC vice-president for six years before she took over as interim president following Aubut’s departure. She was elected to the post in November.

She spoke of a “new culture” and “new leadership” yet the management and board remains the same other than Aubut’s departure. 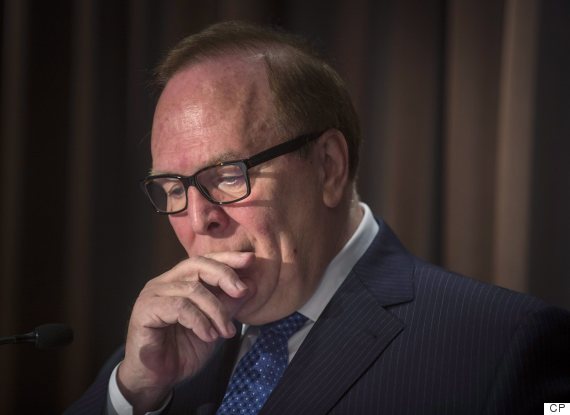 “There are occasions when certain managers or members of the SLT admitted to being in possession of information that suggested that harassment was occurring for COC staff,” the report said.

The document confirmed a letter was delivered in 2011 to Aubut warning him about his behaviour. It also said there were concerns about Aubut’s behaviour contained in a human resources file dating back to 2008.

“A majority of COC staff interviewed reported experiencing or witnessing harassment (both sexual and personal) during the president’s tenure, both inside and outside of the COC’s offices,” the report said.

“This will not be business as usual. We will be holding everyone’s feet to the fire, myself and Chris included.”

The COC board voted to retain Chris Overholt as CEO. Smith, Overholt, former vice-president Gordon Peterson and directors Richard Pound and Therese Brisson make up the working group tasked with implementing the recommendations.

“This will not be business as usual,” Smith insisted. “We will be holding everyone’s feet to the fire, myself and Chris included.”

Aubut and the COC came under scrutiny in 2015 when an employee lodged an official complaint. She withdrew it following Aubut’s resignation, but other women gave interviews to Quebec media accusing Aubut of sexually harassing them.

One of them was Montreal lawyer Amelia Salehabadi-Fouques, who is on the Canadian Soccer Association’s board.

Smith said the employee supports the COC’s plan for change and will be returning to work with the organization.

The Canadian Olympic Committee oversees preparation of the country’s athletes for the Games environment and looks after their needs on the ground at the Olympics. The 2016 Summer Games in Rio de Janeiro open Aug. 5.

Aubut wielded considerable power over COC operations and stamped his big personality on the organization. Well-connected politically, he had media relations directors who came directly from the office of former Prime Minister Stephen Harper.

“We understand trust takes time to rebuild. We must earn it and we will.”

Aubut moved the COC headquarters from Toronto to a posh address on Montreal’s Rene-Levesque Boulevard in 2013. The COC signed corporate sponsorships worth millions of dollars during Aubut’s tenure.

He apologized to “those who may have been offended by my behaviour” in his resignation statement.

“I realize that my attitude could at times be perceived as questionable by some women and could have caused them to feel uncomfortable,” Aubut said. “I acknowledge this and will adjust my behaviour accordingly.”

Smith said the role and authority of the president and the board will be more clearly defined.

The report’s recommendations that the COC will adopt include:

— Enhancements to harassment policies, including a “duty to report” provision and a mechanism for filing complains that doesn’t require reporting to the CEO or president.

— Education, including a mandatory training session for staff and board members on harassment policies and procedures.

— Strengthening record-keeping to document complaints and how they have been addressed.

— Ensuring a means by which individuals can lodge anonymous complaints.

— Providing an independent resource to whom individuals can express concerns, such as an ethics commissioner.

— Emphasizing respect and well-being as the COC’s core values for employees.

Smith also said oversight will be beefed up with the hiring of a corporate secretary and a human resources executive to assist in better governance.

“We understand trust takes time to rebuild,” Smith said. “We must earn it and we will.”