Following a social media firestorm over the lack of Rey in a new “Star Wars: The Force Awakens” Monopoly game, Disney says it is unveiling a raft of new merchandise that puts more of Rey front and centre — including toys featuring her gripping a blue lightsaber.

Twitter erupted over the holidays using the hashtag #wheresrey at the dearth of Rey merchandise in stores, despite her playing a key role in the film. Last week, days after an 8-year-old girl wrote Monopoly maker Hasbro, saying “girls matter,” both Disney’s Lucasfilm and Hasbro decided to add a Rey piece to future editions later this year. 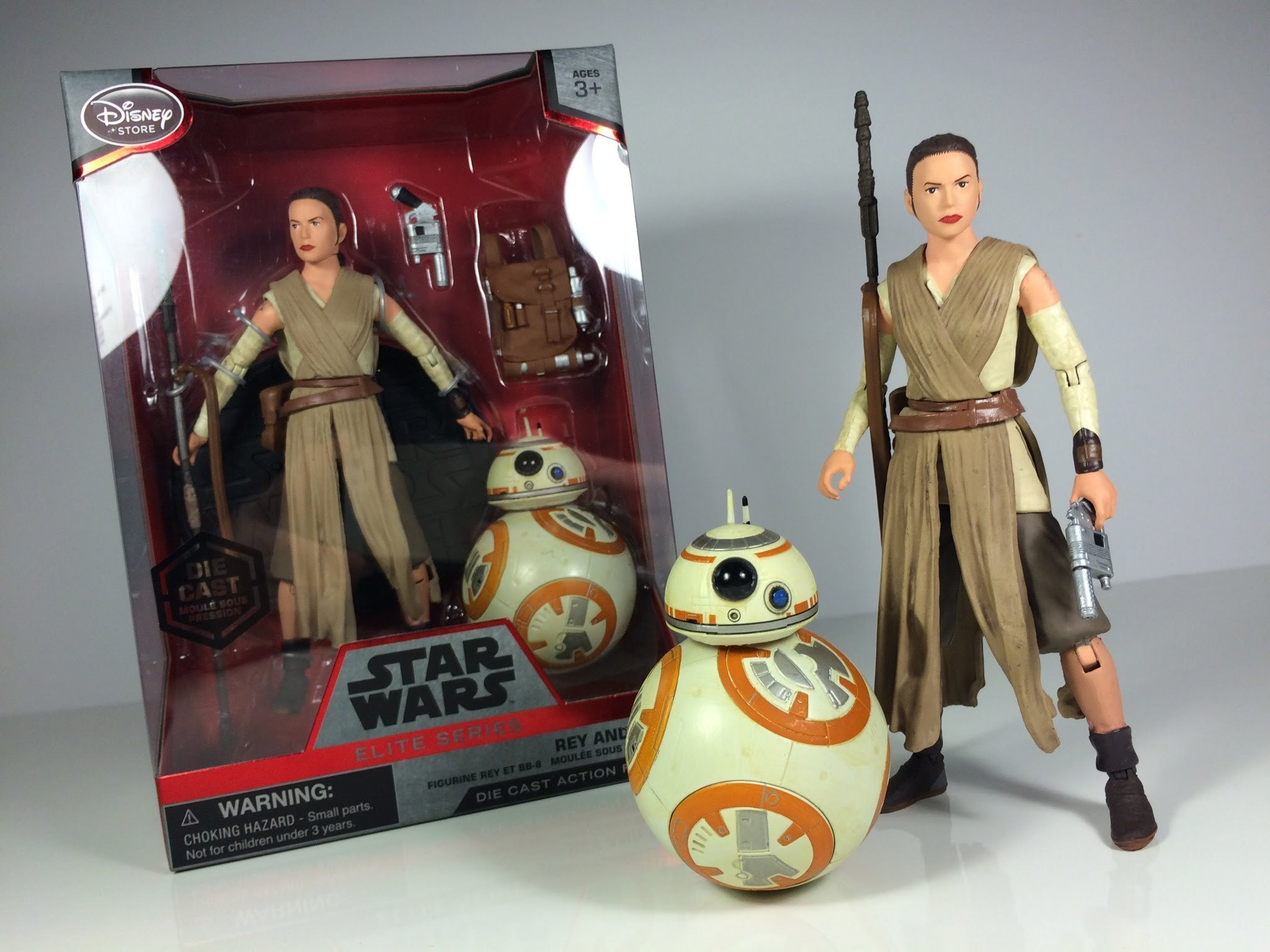 An action figure of Rey, the heroine from “Star Wars: The Force Awakens,” and robot sidekick BB-8. Disney says it’s working hard to get more of the new “Star Wars” heroine in stores, after complaints of a dearth of Rey merchandise in stores. (Disney via YouTube)

Paul Southern, head of licensing for Disney’s Lucasfilm, said part of the problem was high demand for hundreds of products featuring Rey meant some shoppers couldn’t find her on store shelves. Target spokesman Lee Henderson said Rey toys and apparel are selling “exceptionally well” and most stores are selling as fast as they can stock shelves.

But Disney had also planned for more than a year to hold back certain toys to avoid giving away the key plot point where she picks up the lightsaber wielded by Finn in order to duel new baddie Kylo Ren.

Also, some merchandisers always hold back some product for big franchises— like the Hot Wheels-made speeder ship that shows Rey as she was seen in movie trailers — to keep up excitement about the brand.

“The fact that she was the ultimate heroine of the film was one of the significant plot points we did want to protect,” Southern said in an interview.

That meant keeping Rey out of Monopoly, which featured legacy characters but only two characters from the new film — Kylo Ren and Finn. If Rey had been a piece instead of Finn, “we would be revealing she was the main protagonist,” Southern said. The Monopoly game came out on Sept. 4, which Disney had dubbed “Force Friday.”

Jim Silver, the CEO and editor of toy review website TTPM.com, says another factor behind the perceived lack of Rey was unexpected demand. After all, throughout “Star Wars” merchandise history, evil lord Darth Vader has outsold any other character by at least three to one.

“We assumed Kylo Ren was going to be the next great villain,” he said.

Silver also said Disney was following through on a plan to release a huge batch of products on Force Friday, another set of toys that would have revealed spoilers on the movie’s release date Dec. 18 — including a lightsaber-wielding Rey that was exclusive to the Disney Store — and another batch in January.

Steve Sansweet, president of the “Star Wars” memorabilia museum Rancho Obi-Wan near Petaluma, California, says Disney, Lucasfilm and the retailers are still adapting to the fact that “Star Wars” isn’t primarily a boy’s brand like before.

“I think Hollywood and merchandisers are waking up to the fact that it’s not just women and girls who want to buy Rey figures, it’s guys too,” he said.

Sansweet added that the conundrum creates an interesting collector’s item: the Monopoly game with Rey and the one without. “I want to get both versions,” he said.