VANCOUVER — The mayor of a Vancouver-area city is urging Prime Minister Justin Trudeau to suspend National Energy Board hearings into the proposed Trans Mountain pipeline expansion.

Burnaby Mayor Derek Corrigan sent a letter asking Trudeau to put the review on hold while the federal government implements promised amendments to the way the regulator evaluates projects.

“I am now writing to request that the amendments be expedited to avoid perpetuation of the current, deeply flawed NEB process that the public and your government have already acknowledged is inadequate,” he wrote in the letter sent Monday.

Interveners are set to present their final arguments at hearings starting next week on Kinder Morgan’s US$5.4-billion proposal to triple the capacity of its existing Trans Mountain pipeline from Edmonton to Burnaby. 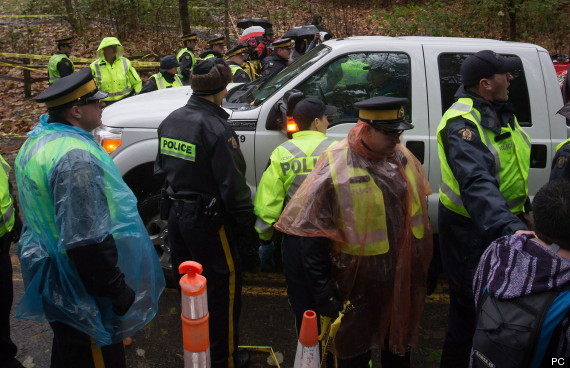 Critics have condemned changes the previous Conservative government made to the board’s review process, including setting time limits for hearings and assessments and limiting who can participate.

Trudeau promised in June to engage in a “new open process” for all pipelines, including analysis of upstream impacts and greenhouse gas emissions.

He also said in August that a Liberal government overhaul of the NEB process would apply to existing pipelines and that the Trans Mountain expansion review “needs to be redone.”

Burnaby Coun. Sav Dhaliwal said the city was disappointed that little progress had been made on these promises.

“We are very concerned that the federal government has not really taken their commitment seriously.”

“We are very concerned that the federal government has not really taken their commitment seriously,” he said.

The letter is the second that Corrigan has sent to Trudeau urging him to pause the Trans Mountain review and urgently overhaul the NEB process.

Following his first letter in November, Natural Resources Minister Jim Carr said the government would soon announce some changes to the pipeline process, but the Trans Mountain review would continue.

Micheline Joanisse, a spokeswoman for Carr, said the National Energy Board is conducting a “thorough, science-based review” of Kinder Morgan’s proposal.

“The government has committed to regaining public trust by ensuring projects undergo credible and robust environmental and regulatory reviews,” she said.

“Our plan will include a transition period for projects currently under review to provide some certainty through the modernization process. No project proponent will be asked to return to square one.”

Interveners are filing their final written submissions this week ahead of several weeks of hearings in Burnaby and Calgary.

“There have been some bumps in the road, certainly, in terms of our participation, but we think they’ve been addressed by the NEB.”

Unlike previous National Energy Board hearings, arguments are being delivered without cross-examination — a persistent complaint of critics of the process. Kinder Morgan delivered its final arguments in Calgary last month.

The province of British Columbia said in its final submission that it was unable to support the pipeline expansion. But Premier Christy Clark said Tuesday that her government was “mostly satisfied” with the NEB process.

“There have been some bumps in the road, certainly, in terms of our participation, but we think they’ve been addressed by the NEB.”

Alberta’s government has supported the pipeline expansion in its submission, which cited an estimate that project could increase western Canadian crude oil revenues by $73.5 billion in the first two decades of operation.

On May 20, a three-member panel is set to inform the federal cabinet whether it approves the project. Ottawa then has three months to make its decision