OTTAWA — Prime Minister Justin Trudeau will head overseas at the end of the month to sell his economic policies to international leaders and some of the world’s wealthiest and most powerful people.

Trudeau’s office says the prime minister will attend the World Economic Forum in Davos, Switzerland and will speak about his government’s infrastructure promises and tax changes the Liberals expect will give the Canadian economy a boost.

Many of those details will be outlined when Trudeau and a cadre of his cabinet ministers answer questions in a session that the conference agenda describes as a discussion of the country’s future and its role in the world. 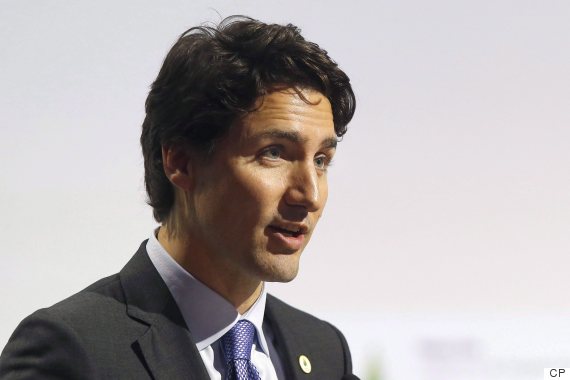 Trudeau will speak to the world’s most powerful and wealthiest people at the summit. (The Canadian Press)

Trudeau is also expected to have a key speaking slot during the open day of the four-day conference that kicks off Jan. 20.

Former prime minister Stephen Harper famously used the meeting in 2012 to announce changes to retirement benefits, including raising the eligibility age for federal pension payments to 67 from 65.

Trudeau ran on a platform of reversing that decision.

The meeting with some of the world’s most powerful business leaders comes as the Liberals talk to Canadians about the shape of the upcoming federal budget.

The Liberals had promised to not run a deficit of more than $10 billion, but have since softened that stance after finding that federal finances were not as rosy as they appeared before the election campaign began.