A Better Way For Toronto To Stretch Its Infrastructure Dollars

CES 2016 Proves The Future Of Driverless Cars Is Promising

OTTAWA — In a tough year that saw the economy recoil over its first half, the country’s job market still produced its best result in three years, Statistics Canada data has revealed.

On Friday, the federal agency released a 2015 review of its labour force survey that showed national employment rose by 0.9 per cent over the course of the year.

The results represent a flicker of positivity from an otherwise poor economic year packed with negatives.

The data also displayed signs of sectoral changes, as the number of natural resources jobs declined and manufacturing positions increased.

The landscape was shaken up after the sharp drop in commodity prices — and crude oil, in particular — forced Canada’s economy to contract through the first two quarters of the year. The lack of growth in two straight quarters met the definition of a technical recession.

And yet, the overall labour market improved on its employment growth rates of 0.7 per cent in both 2013 and 2014.

The Conference Board of Canada’s Pedro Antunes pointed to another bright spot: the long-awaited uptick in manufacturing jobs. 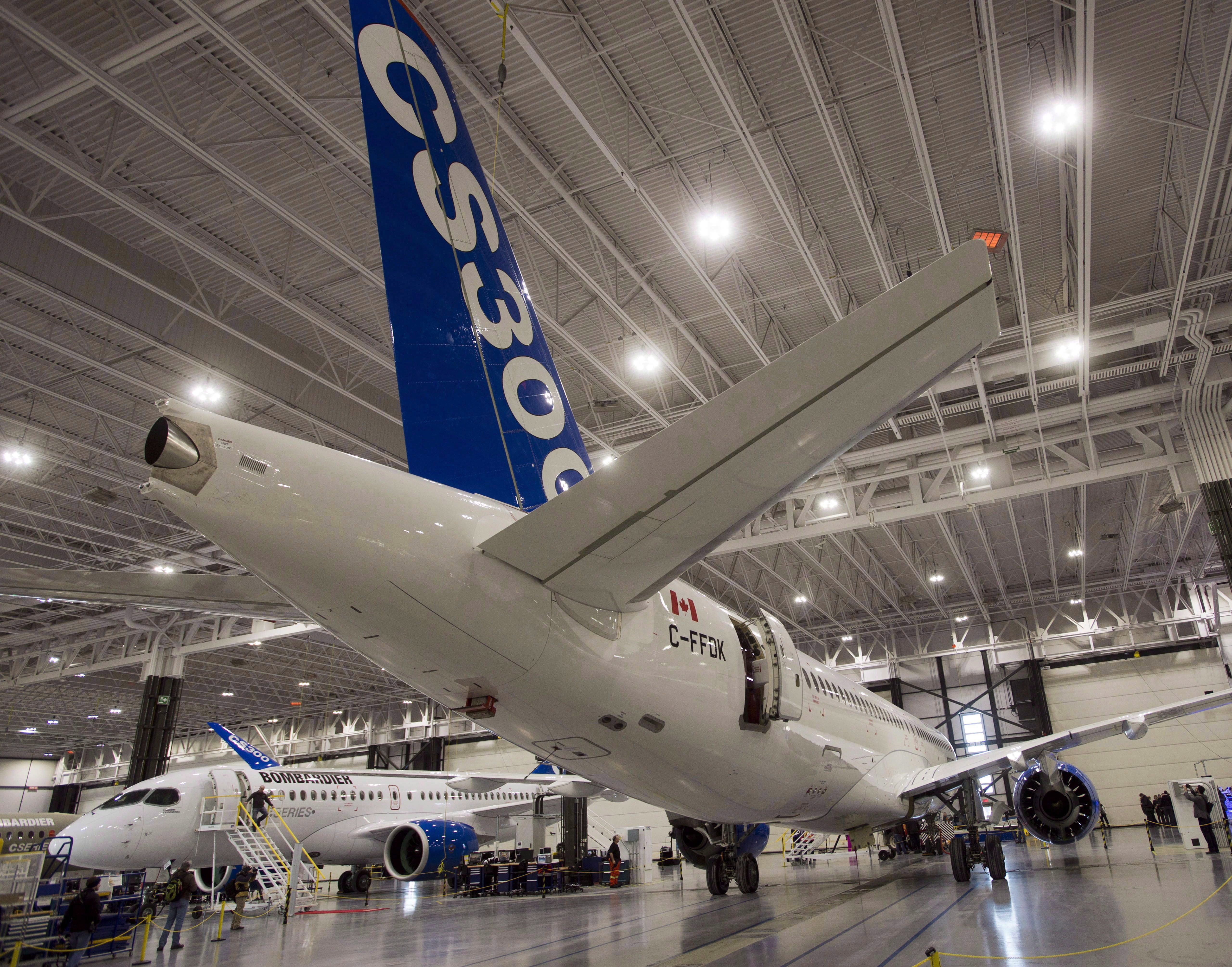 Bombardier’s new CS300 is seen before its maiden test flight, at a hanger in Mirabel, Que., on February 27, 2015. Canadian manufacturing posted its first increase in jobs since 2012 last year. (Canadian Press photo)

Likely with help from a weaker exchange rate, the number of manufacturing positions in Canada rose last year by 35,900, or 2.1 per cent. It was the only goods-producing category to see an increase.

“Not a lot of job creation, but at least it was positive in 2015 for the first time in many years,” said Antunes, the Conference Board’s deputy chief economist. “And we’re hoping to see more gains in manufacturing.”

It was the first time the manufacturing sector added net jobs since 2012 and, according to Desjardins senior economist Jimmy Jean, it marked the industry’s second-best year for growth since 2003.

“Looking back at 2015, the resurgence of manufacturing employment was a key reason for Canada recording its best job creation in the last three years,” Jean wrote in a research note, which kept a cautious tone when considering the future.

“Despite the weak currency, it is unclear whether this narrative will remain alive in 2016, given the trajectory taken by the North American, and in fact, global manufacturing activity.” 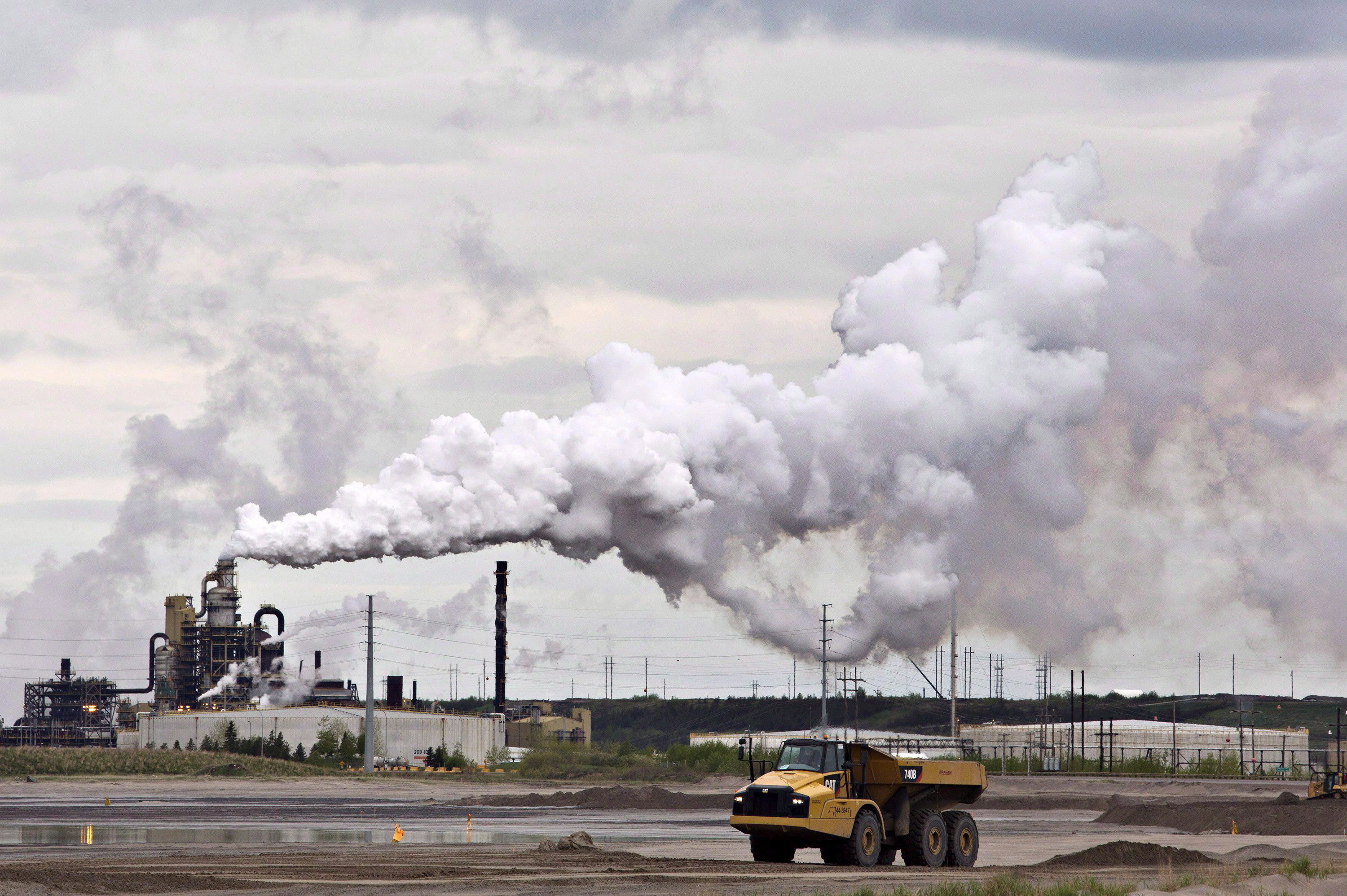 A dump truck works near the Syncrude oil sands extraction facility near the city of Fort McMurray, Alberta on Sunday June 1, 2014. The natural resources sector lost 6.8 per cent of all its jobs in 2015. (Canadian Press photo)

The year-end data, however, painted a different picture for the once-mighty natural resources industry.

Statistics Canada said employment fell in the sector last year by 25,600 jobs, or 6.8 per cent, following the drop in commodity prices.

The drop in natural resources jobs triggered a geographic shift when it came to where employment was created.

Newfoundland and Labrador, meanwhile, shed 4,300 positions, a 1.8 per cent decrease that helped push the unemployment rate up by 2.6 percentage points to 14.4 per cent. Its natural resources sector lost 11 per cent, or 1,900, of its jobs.

On the flip side, the changing conditions boosted employment last year in places like British Columbia, where overall jobs grew by 2.3 per cent — the highest rate of any province. B.C. added 51,600 jobs, a total that included 17,300 manufacturing positions.

“The 2015 picture was not so bad given the difficult circumstances in some parts of the country,” National Bank senior economist Matthieu Arseneau wrote in a note.

“However, all in all, we doubt the Canadian labour market will be able to match 2015’s performance this year if commodity prices do not stabilize.”
Source: HP