A hulking home stretched over two adjoining lots in West Vancouver is irritating neighbours and politicians — but there’s not much anyone to do about it.

The 26,000 sq.-ft. home under construction on Mathers Avenue dwarfs the properties around it, and neighbours say the megahome is ruining the area’s character.

“We bought this house because of the yard [that now overlooks the mansion,]” Torie Yang told Global News. “Who’s going to need all that room? It’s ridiculous.” 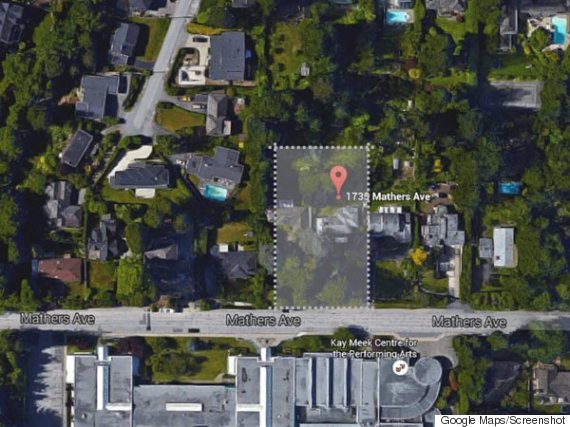 The lot on which the 26,000 sq-ft. house is being built in West Vancouver. (Google Maps)

West Vancouver’s planning director, Jim Bailey, told The Province there’s not much councillors can do as the home follows the district municipality’s bylaws.

Bailey acknowledged that property consolidations in the area have happened before, but agreed Chen’s home is a particularly bothersome case.

“This one (on Mathers Avenue) really hit home — it’s in an older, established area and it has really changed the character.”

Businessman Ge Chen, who owns the house, said it will be home to nearly a dozen family members, according to the CBC.

“It’s quite huge,” Chen, who bought the adjoining properties under a single listing, told the outlet. “[But] we’re just following the bylaw — that’s the square-footage that we could build.”

In Vancouver, multiple houses that sit next to one another are being sold together to attract developers, who could turn a 10,000 sq-ft. house, for example, into a fleet of townhomes.

Realtor Michelle Yu sold nine lots in a row in an $33.4-million assembly deal last year — meaning those homes, appraised at about $1.7 million each, ended up selling for nearly $4 million, according to Global.