Dana Larsen Mailing Weed To Liberal MPs, Along With His Book

The largest U.S. retailer said Tuesday that customers ordered more than 23 million items from its sellers on Cyber Monday, the popular online shopping day after Thanksgiving. That was up 40 per cent from the previous year.

Meanwhile, Amazon’s investments in its “Fulfillment By Amazon” service seem to be bearing fruit, with 1 billion items delivered in 2015 for businesses selling on Amazon.

The service stores, picks, packs and ships orders for sellers worldwide. Sellers pay for the service; in return their items become eligible for Amazon’s $99 Prime annual loyalty program, that includes free two-day shipping on many items, and its millions of members.

Amazon has been investing heavily in its shipping infrastructure, adding sorting centres, which sort packages by zip code and deliver them to post offices. And they’ve started to roll out thousands of trucks to speed up package delivery from its warehouses to the sorting centres. There have also been media reports that Amazon is in talks to lease jets, but that has not been confirmed by Amazon. 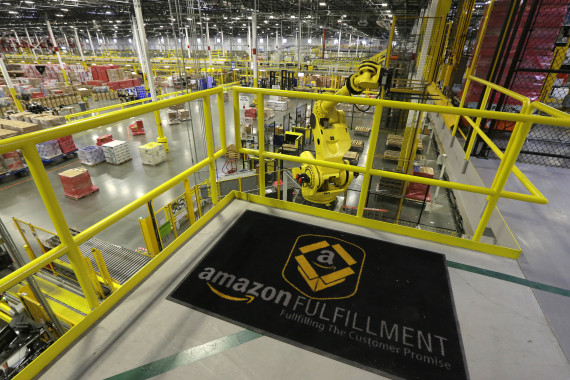 It seems to be paying off. “Fulfillment by Amazon”-shipped units rose 60 per cent during the November and December holiday season, compared with a 50 per cent increase a year ago. The growth in sellers using FBA jumped 50 per cent, though that’s slower than last year’s 65 per cent growth.

Sellers on Amazon come from 100 countries and account for about 45 per cent of the total items sold worldwide on Amazon.

Seattle-based Amazon doesn’t release specific sales figures on the overall holiday season. Overall, online sales, though still only about 10 per cent of total retail sales, are outpacing brick-and-mortar sales. During the two month holiday shopping period, overall spending rose 7.9 per cent from a year ago, according to a MasterCard SpendingPulse report, which tracks retail sales across cards, cash and checks from Black Friday to Christmas Eve. Online shopping rose 20 per cent, it said.