Enbridge Pipeline In Ontario Shut Down By Protesters

Vancouver Cat Café Closed Temporarily Due To Lack Of Cats

TORONTO — Environmentalists want the Ontario government to abandon plans for a $13-billion refurbishment of four nuclear reactors at the Darlington generating station east of Toronto and instead import more electricity from Quebec.

The Ontario Clean Air Alliance says nuclear projects always run over budget, and it doesn’t want to see taxpayers on the hook to pay for rebuilding the Darlington reactors that are owned and operated by Ontario Power Generation.

“Every single nuclear project in Ontario’s history has gone massively over budget by two and a half times,” said Alliance president Jack Gibbons. “OPG says this project will cost $12.9 billion, but if history repeats itself it will be $32 billion.”

Gibbons said even if the refurbishment came in on budget, the cost to taxpayers of maintaining about 2,225 jobs at Darlington would work out to nearly $6 million per job.

Greenpeace Canada, meanwhile, is concerned about the safety and health risks posed by nuclear power generation in the event of an accident, and says refurbishing the aging reactors at Darlington is not worth the risk. 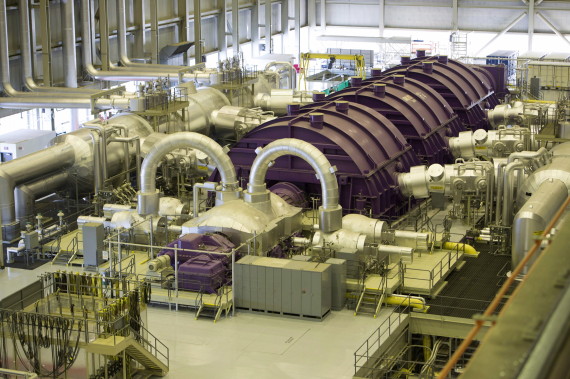 A steam turbine at the Darlington nuclear facility in Courtice, Ontario, on Thursday, Oct. 30, 2014. (Frank Gunn/CP)

“The government agencies mandated to protect the public are helping push the project through by concealing Darlington’s true risks from the public,” said Greenpeace spokesman Shawn-Patrick Stensil.

Quebec is the fourth-largest producer of electricity generated by water in the world, has the lowest power rates in North America, and could sell Ontario enough electricity to replace what would be generated by a refurbished Darlington, said Gibbons.

“We should sign a long-term deal with Quebec which would enable us to cancel the Darlington rebuild project, keep our lights on and reduce our electricity bills,” he said.

Some existing transmission lines between Ontario and Quebec would have to be upgraded for an inter-provincial power deal, which the Clean Air Alliance estimates would cost $500 million but the Independent Electricity System Operator puts at closer to $2 billion.

“Darlington doesn’t come to the end of its life until 2020, so we’ve got enough time to make the upgrades,” said Gibbons. 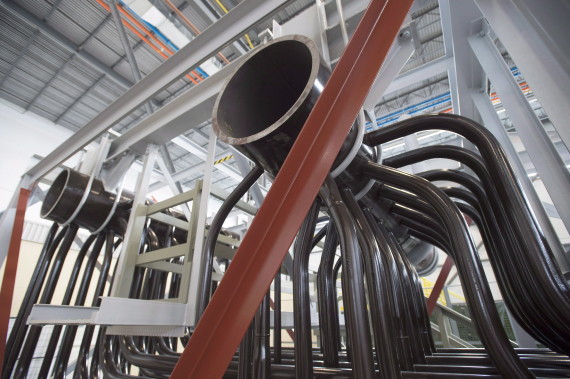 Bruce Power announced plans last month to spend $13 billion to refurbish the nuclear reactors at the generating station it operates in Kincardine, on Lake Huron, and the private company will assume all risks of cost overruns.

Ontario’s only other nuclear station, in Pickering, is also scheduled to be decommissioned by 2020, and there are no plans to rebuild its reactors to extend their lives.

Ontario is looking to expand existing electricity agreements with Quebec and is exploring importing power from Manitoba as well, but Premier Kathleen Wynne wants to keep generating about 50 per cent of the province’s electricity from nuclear power.

“We made a decision not to build new nuclear, and we basically took $15 billion off the future energy plan by doing that,” Wynne said in an interview with The Canadian Press.

OPG president and CEO Jeff Lyash touted the benefits of the Darlington project in a speech last month, saying most of the $12.9-billion budget would be spent in Ontario.

“The people of Ontario want to be sure that the future options for electricity are ones they can afford, because they sure can’t afford it now.”

“The Conference Board of Canada crunched the numbers and determined the refurbishment would generate $14.9 billion in economic benefits to Ontario … and about $5.4 billion in revenues for all three levels of government,” said Lyash.

“Importing power from Quebec or Manitoba would require construction of new dams and power stations, and perhaps more difficult would be constructing new transmission lines to reliably deliver the power where it’s needed.”

Ontario’s New Democrats also said the Liberal government should consider options like importing power from Quebec instead of going ahead with the Darlington rebuild.

“The people of Ontario want to be sure that the future options for electricity are ones they can afford, because they sure can’t afford it now,” said NDP energy critic Peter Tabuns.