Enbridge Pipeline In Ontario Shut Down By Protesters

B.C.'s Most Expensive Homes Are In These Neighbourhoods

TORONTO — Enbridge Inc. says flow on a pipeline through southwestern Ontario was shut down for several hours by protester activity near Cambridge, Ont. 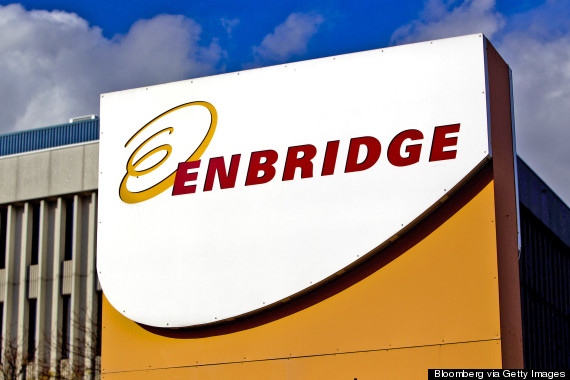 Enbridge Inc. signage is displayed outside of the company’s corporate office in Toronto, Ontario, Canada (Brent Lewin/Bloomberg via Getty Images)

White says the pipe was shut down for approximately three hours on Monday morning as a safety precaution and so that maintenance workers could inspect the valve station.

He says Enbridge has safely restarted the line — which carries various products from Sarnia to Westover — and there was no impact on client deliveries.

A Monday post by “nopipelines” on the Reddit Anarchist News site claimed responsibility for the sabotage, saying it was to protest the flow of oilsands products through pipelines in Ontario.

Enbridge’s Line 9 pipeline was offline for about 90 minutes on Dec. 19 after three activists concerned about the line’s environmental impacts locked themselves to a valve site on the outskirts of Sarnia.