OLG Lockout Is The Result Of A Decade Of Dysfunction

MONTREAL — A Quebec government plan to introduce new welfare rules to get people back into the workforce has anti-poverty advocates warning the measures could leave many even more destitute.

The recently tabled bill aims to get first-time welfare recipients into a job program quickly, offering an extra few hundred dollars every month if they’re employed for a year. 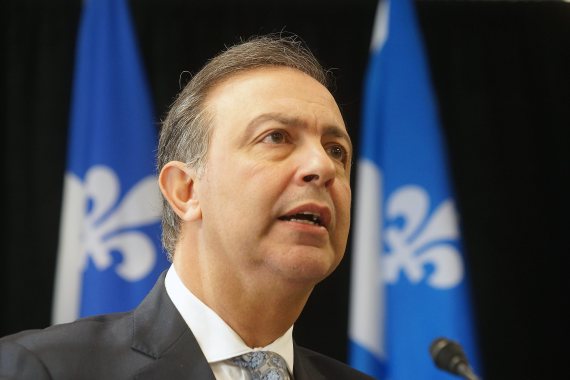 But those who don’t participate would see their benefits cut in half to $308 per month.

Labour Minister Sam Hamad says the goal is to break a “cycle of poverty” for those people, while saving some $50 million yearly for the government.

Other incentive programs, he says, haven’t worked and the time is ripe for measures that are more coercive in nature.

The province says some 17,000 Quebecers apply for welfare each year — many under the age of 29 and many of those from families already receiving social assistance.

The new rules would not apply to those already in the system.

Quebec believes 10 per cent of new welfare recipients may take the penalty, while welfare activists say forcing people back to work under penalty of seeing their cheque cut is cruel.

“We’re trying to create a solution to a problem that doesn’t exist.”

One anti-poverty advocate says there’s a political obsession with getting people off welfare when it has been demonstrated that those who can do it end up doing so on their own.

“We’re trying to create a solution to a problem that doesn’t exist,” said Serge Petitclerc. “And we’re creating a real problem for those who don’t participate because people who already don’t have a lot of money will be removed further from the job market.”

Petitclerc says people on welfare present an easy target, particularly during a period when austerity measures are in full swing.

In Quebec, welfare recipients currently receive $616 a month plus a credit that increases the amount to $747.

New rules would have the recipient required to deal with an agent hired by the government to oversee job training and finding employment. They would have to hold the position for a fixed period of time.

“Our concern is through that plan, the agent will have ammunition to cut people’s benefits if that person is not able to fulfil that plan,” said Yann Tremblay-Marcotte, a spokesman for a 31-group common front that represents Quebec social-assistance recipients.

“Not only will that person have to accept any job, but they would need to maintain that job for the duration of the program, up to one to two years.”

Tremblay-Marcotte says another controversial measure, for now, is the lack of a distance limit on how far people would have to go to find work.

“We want to give them dignity. Giving dignity to people on welfare is finding them a job.”

But Hamad told The Canadian Press the plan is not to force people to move halfway across the province.

“I’ll tell you honestly, we don’t have as our objective to move people,” he said. “We want to give them dignity. Giving dignity to people on welfare is finding them a job, helping them find employment or getting them the training they need.”

The province estimates it will have 700,000 jobs to fill over three years and Hamad anticipates the bill will include changes before it becomes law.

Just before the national assembly broke for the holidays, anti-poverty protesters were evicted after tossing paper airplanes from the public gallery.