This Year, Leave Your Office Worries At The Front Door

OTTAWA — Mining magnate and philanthropist Peter Munk has admitted he donated more than the legal limit to the Conservative party three different times.

Munk, the founder of mining giant Barrick Gold Corp., signed a compliance agreement with Elections Canada earlier this month, acknowledging that in 2008, 2010 and 2012 his donations exceeded the maximum allowable contributions in those years.

In total, he donated $2,950 more than the law allowed to riding associations in Ontario and Quebec represented by Conservative cabinet ministers as well as to a Conservative candidate’s campaign in Toronto.

While breaking election donation limits could lead to criminal charges, Munk will not be charged because he voluntarily signed the compliance agreement.

“The over-contributions were unintentional and Mr. Munk has acknowledged the oversight,” said Andy Lloyd, a spokesperson for Munk, in an email to The Canadian Press.

“He has engaged with Elections Canada to reach a compliance agreement that provides full transparency for these contributions.”

Munk started his gold mining company in the 1980s and built it to become one of the largest firms in the world. He has also given away hundreds of millions of dollars to charitable causes in Canada and around the world. The 88-year-old stepped down from his role as company chairman in 2014. 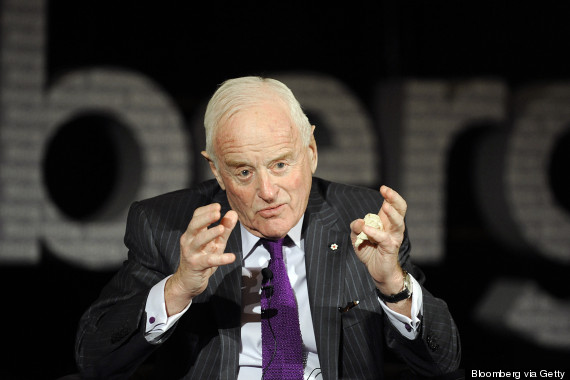 Peter Munk has admitted to donating more than the legal limit to the Tories. (Photo: The Canadian Press)

A review of financial reports on the Elections Canada website shows Munk appears to have been making political donations since 2004, mostly to the Conservatives.

According to the compliance agreement, in 2008, he contributed a total of $2,100 when the limit for individual donations that year was $1,100.

Among the donations was $1,000 to the electoral district association in Whitby-Oshawa, which at the time was a riding held by former Conservative finance minister Jim Flaherty.

A third donation of $550 went to the campaign of Heather Jewell, who was running for the Conservatives in the longtime Liberal stronghold of St. Paul’s. She lost.

In 2010, Munk contributed a total of $1,850, exceeding donation limits by $750. He gave $1,100 to the Conservative association in Beauce, a Quebec riding held by Conservative Maxime Bernier, and another $750 to the riding association in Eglinton-Lawrence.

Oliver would go on to win that riding in 2011, and then became the minister of natural resources. He replaced Flaherty as finance minister in 2014.

In 2012, Munk contributed a total of $2,400, exceeding that year’s individual limit by $1,200. Half the money went to Beauce, where Bernier was still the MP and at that point a cabinet minister, and half to the St. Paul’s riding association.

Munk signed the agreement on Dec. 8. By doing so, he agrees to comply with electoral law in the future and in turn, the Commissioner of Canada Elections will not refer the matter for prosecution.

The agreement was published online Thursday by the Commissioner of Canada Elections.