Going Digital With My Calendar Changed Everything

TORONTO — Falling oil prices dragged the Toronto stock market to a triple-digit loss on Wednesday, the second day of a post-Christmas slump.

“We started the year with crude prices dictating the performance of the TSX and we’re going to end the year that way as well.”

The price of oil fell $1.27 to settle at US$36.60 a barrel after the U.S. Energy Administration said the country’s crude oil inventories rose by 2.6 million barrels last week.

Energy stocks have taken a battering in 2015 as producers, including OPEC, have fed a worldwide supply glut and global demand has been tepid. Crude has slid from a high above US$105 in June 2014 to levels not seen since the depths of the 2008 financial crisis.

“We started the year with crude prices dictating the performance of the TSX and we’re going to end the year that way as well,” said Craig Jerusalim, portfolio manager at CIBC Asset Management.

The financials subsector of the TSX fell nearly 0.6 per cent on the day, and Jerusalim said they too, were feeling the pinch from the oil price.

Jerusalim said signs point to the Toronto market becoming uncoupled from oil prices next year as the broader index has returned to more normalized valuations after years of inflated returns. 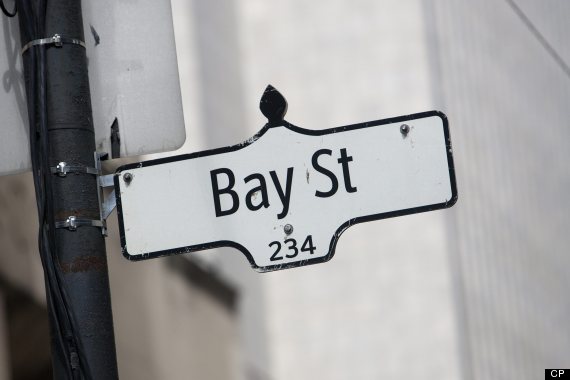 Even energy companies may rebound, he said, as the healthiest players snap up their rivals.

Canada’s oil-sensitive loonie fell on the day after several sessions of marginal gains, dropping 0.32 of a U.S. cent to 72.02 cents US.

America’s economy will continue its recent momentum as cheap oil prices help consumers save at the pump and boosts their spending elsewhere, Jerusalim said.

“Combine that oil price with very low interest rates, a much improved employment picture, strong and improving housing — really, I want to invest in Canadian companies that have direct exposure to that U.S. consumer,” he said.

Earlier this month, the U.S. Federal Reserve raised its benchmark interest rate for the first time since before the financial crisis, which Jerusalim said was a vote of confidence in the country’s recovery.

“We’re seeing that first in the U.S. and we’ll eventually see that up here in Canada,” he said.