Top Stories Of 2015: The News That Moved Us This Year

Loonie, TSX End 2015 Far Below Where They Began The Year

The now famous response from Canada’s new Prime Minister Justin Trudeau – who after being asked why a gender-balanced cabinet was so important – has become a symbol of progress and promise this year.

So much has happened over the past 12 months around the world. Paris. Syria. Trump. Black Lives Matter. Cosby.

We have the first gender-balanced government cabinet in our country’s history. 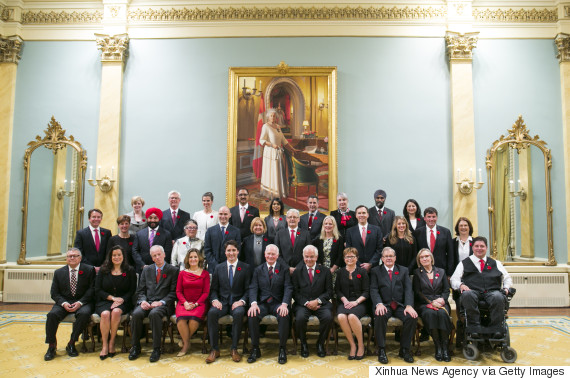 We opened our doors to new Canadians fleeing war and oppression.

Reemas Al Abdullah, 5, gets a hug from her father Abdullah Al Abdullah prior to a dinner hosted by Friends of Syria at the Toronto Port Authority. (Bernard Weil/Toronto Star via Getty Images)

We strove to rebuild floundering relationships within our own borders.

Watch the video above for some of the top headlines of 2015.
Source: HP