The Response To Syria's Refugee Crisis Gives Us Hope For 2016

LAVAL, Que. — Valeant Pharmaceuticals stock fell about 11 per cent on the Toronto Stock Exchange on Tuesday, the first day of trading on the Canadian market since the embattled drug company announced that CEO Michael Pearson has taken a medical leave of absence.

Shares of Canada’s largest drugmaker (TSX:VRX, NYSE:VRX) fell about 10 per cent Monday in New York to close at US$102.14 following its announcement that Pearson was being treated in hospital for pneumonia. 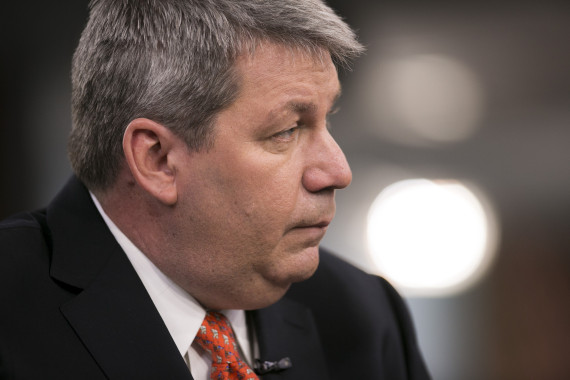 The stock regained some ground overnight but fell even further when regular trade resumed Tuesday.

Valeant announced Monday that Pearson’s duties will be shared on an interim basis between Robert Chai-Onn, Valeant’s general counsel, as well as board chairman Ari Kellen and chief financial officer Robert Rosiello.

The company, headquartered in Laval, Que., has been facing a series of scandals that have slashed its stock price by more than half since record highs posted in August.

“If the board wants to fire me they are welcome to fire me, but until they do we’re going to get through this thing.”

Pearson himself had been facing criticism and recently struck a defiant tone after calls for his dismissal surfaced.

“If the board wants to fire me they are welcome to fire me, but until they do we’re going to get through this thing,” Pearson told investors during a Dec. 16 webcast.

The company is facing a congressional investigation in the U.S. over its pricing practices and has been forced to revise its 2016 outlook after ending a drug distribution agreement with Philidor, a U.S. mail-order pharmacy.

Valeant said on Dec. 16 that the October split from Philidor caused a big short-term disruption to its business that would reduce its expectations for the fourth quarter and 2015 as a whole. 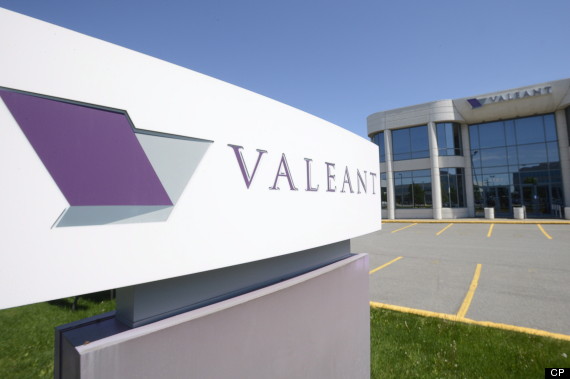 Valeant Pharmaceuticals International Inc. signage is displayed outside of the office. (Photo: The Canadian Press)

But Pearson indicated that a new distribution agreement with major U.S. drug store chain Walgreens had set the company back on the road to recovery.

Pearson, 56, joined Valeant in 2008 after a 23-year career with the consulting firm McKinsey & Co., for which he served as head of its global pharmaceutical practice.

He used a string of acquisitions to turn a relatively small business that made generic drugs and chronic illness treatments into a major pharmaceutical company.

Valeant, formerly based in California, combined with Canadian drugmaker Biovail in 2010 and moved the head office to Mississauga, Ont., and later to Laval near Montreal. During those years, it made numerous acquisitions and diversified into new product groups, including the Bausch & Lomb contact lens business.