TORONTO — Paying down debt remains the top financial priority of Canadians, but it’s a goal many appear to be having difficulty meeting, according to a new poll conducted for CIBC (TSX:CM).

The poll found that 26 per cent of respondents named debt reduction as their key financial goal for 2016, the sixth straight year it has topped the list.

Keeping up with bills/getting by came in second, cited as the main priority of 18 per cent of respondents.

CIBC executive vice-president Christina Kramer says the fact debt reduction has remained atop the list for so long, coupled with studies showing household debt remains at record highs, indicates many Canadians are not making the headway they desire.

“It’s not just first-time homebuyers, younger Canadians, or those impacted by shifts in the economy, such as a downturn in the oilpatch, who are focused on cutting down their debt,” Kramer said. 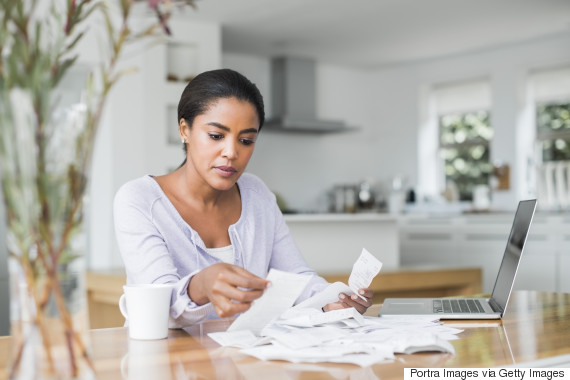 Eleven per cent of respondents didn’t have a financial priority, according to the poll.

“Canadians across the country are telling us that reducing the burden of debt, along with keeping up with their bills, is what they are focused on.”

In addition to paying down debt and keeping up with bills, priorities named by others included: saving for retirement or for travel or a vacation (eight per cent apiece); adding to their investment portfolio (seven per cent), saving to buy or renovate a house (six per cent); purchase a car or build an emergency fund (four per cent apiece) and saving for their children’s education (two per cent).

Fully 11 per cent didn’t have a financial priority, while three per cent named other priorities.

The online survey or 1,508 Angus Reid Forum panellists was conducted Dec. 7-8. The polling industry’s professional body, the Marketing Research and Intelligence Association, says online surveys cannot be assigned a margin of error because they do not randomly sample the population.
Source: HP