How To Ask For Business Referrals

Online Streaming In Canada Had 'A Watershed Year' In 2015, Analyst Says

TORONTO — Energy and mining stocks helped the Toronto stock market soar more than 200 points on the final full trading day before Christmas, as copper and oil prices both rebounded.

Toronto’s S&P/TSX composite index climbed 202.05 points to close at 13,284.91 on Wednesday, with all sectors closing higher as Canada’s main equities market rallied for a third consecutive day heading into the holidays.

The metals and mining sector of the TSX was the biggest gainer, rising nearly nine per cent, while base metals rose 6.6 per cent. 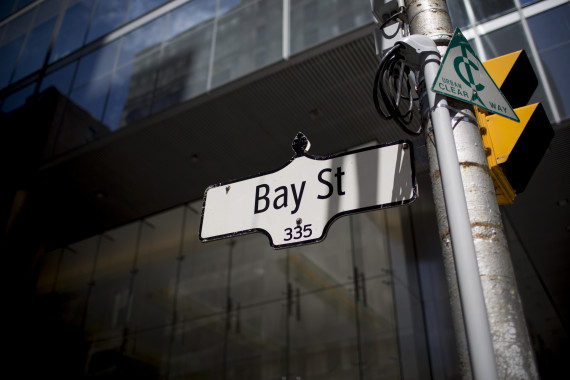 On commodity markets, the contract for February benchmark crude oil was up $1.36 at US$37.50 a barrel, while January natural gas added 10 cents to US$1.98 per mmBtu, sending the TSX energy sector up nearly six per cent.

However, Vali noted that the rally may be short-lived.

“So you get a lot of one-off things happening around this time.”

“I would caution that, at this time of year, a lot of the refiners will look to bring down the oil that’s in storage as they go into year-end reporting so they don’t show big working capital drags on their balance sheet,” he said.

“So you get a lot of one-off things happening around this time. In a fairly illiquid market, that can lead to these rallies, which aren’t necessarily sustainable in the longer term.”

The commodity-sensitive Canadian dollar also traded higher, despite a report from Statistics Canada showing the economy stalled in October. The loonie rose 0.42 of a U.S. cent to 72.17 cents US.

In its report, Statistics Canada said gross domestic product was unchanged month-over-month in October as gains in the resource sector helped offset declines in factory production and consumer spending.

In other economic news, the U.S. Commerce Department said factory orders for long-lasting goods such as autos, airplanes and electronics were flat in November, as the impact of a strong dollar and struggling global economy weigh on U.S. manufacturers. Orders for capital goods not including aircraft, a key proxy for business investment, fell 0.4 per cent.

Meanwhile, the Commerce department reported an “inadvertent release” late Tuesday of some data pertaining to consumer spending in November. The prematurely released data showed that consumer spending for November increased 0.3 per cent, in line with analysts’ forecasts.

The department released a more comprehensive November report on spending, along with data on income growth and inflation, at the regularly scheduled time Wednesday morning.

— With files from The Associated Press.
Source: HP