13 Books To Help You Unleash Your Creative Beast In 2016

OTTAWA— When star NDP candidate Linda McQuaig mused during the opening days of the federal election campaign that some of Alberta’s oil wealth would have to “stay in the ground” in order to meet Canada’s climate change targets, the remark was treated as a scandalous revelation by her political opponents.

From the governor of the Bank of England, to the U.S. president and the investment arms of the planet’s biggest banks, 2015 was the year that “stranded assets” stopped being some mythical bedtime story told by tree huggers to spook oil workers and landed in the mainstream.

Mark Carney, the Canadian head of the Bank of England, attracted international attention with a Sept. 29 speech at venerable Lloyd’s of London cautioning against the grave risks to the financial system posed by a changing climate. 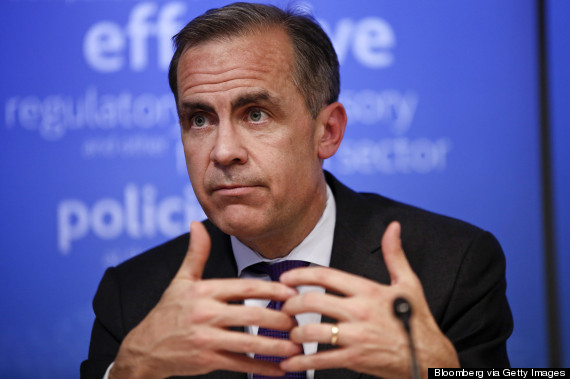 Mark Carney, governor of the Bank of England, gestures during a news conference in London, U.K., on Monday, March 31, 2014. (Photo: Bloomberg via Getty Images)

Carney cited estimates by the Intergovernmental Panel on Climate Change that only between a fifth and a third of proven oil reserves can be burned if humanity is to avoid catastrophic climate impacts.

“If that estimate is even approximately correct it would render the vast majority of reserves ‘stranded’ — oil, gas and coal that will be literally unburnable without expensive carbon capture technology, which itself alters fossil fuel economics,” said the central bank governor.

President Barack Obama, making the case for his rejection of the Keystone XL pipeline barely a month later, made much the same point.

“Ultimately, if we’re going to prevent large parts of this Earth from becoming not only inhospitable but uninhabitable in our lifetimes, we’re going to have to keep some fossil fuels in the ground rather than burn them and release more dangerous pollution into the sky,” he said.

Last April, HSBC Global Research reported that: “Fossil fuel companies, or some of their assets, may become non-viable or ‘unburnable,'” under conditions of increased climate regulation and depressed prices.

“We’re going towards a zero carbon economy. The question is, does Canada want to drag its feet on it or do we want to be part of it?”

It remains, however, a highly sensitive subject for Canadians who spent the past decade being told the country was on the path to becoming a global energy super power.

Prime Minister Justin Trudeau, in a year-end interview with The Canadian Press, sounded the requisite progressive notes when asked about the impact of the Paris climate agreement on Canada’s resource sector.

“We know, and with Paris it’s very clear, where the world is going,” said Trudeau, whose Liberals won power in October promising to make Canada a responsible player on the international climate front after 10 years of Conservative ambivalence.

“We’re going towards a zero carbon economy. The question is, does Canada want to drag its feet on it or do we want to be part of it?”

But Trudeau also maintains new oil pipelines to spur oil sands development are compatible with this low-carbon future. He argues the transition requires investment and innovation, which is dependent on a robust economy. 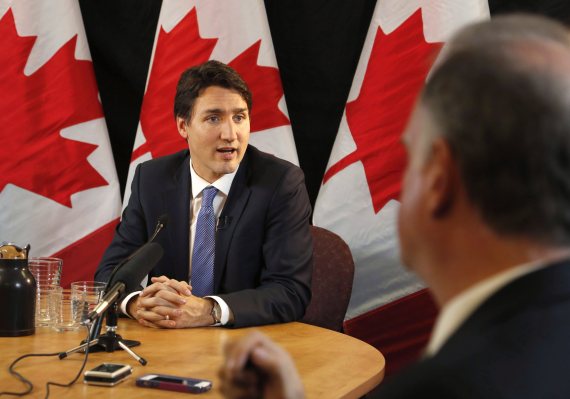 Prime Minister Justin Trudeau speaks with reporters during an interview with The Canadian Press in Ottawa on Wednesday, December 16, 2015. (Photo: CP/Patrick Doyle)

It sounds a bit like having your cake and eating it too; not so different from the Conservative government’s mantra of balancing the environment and the economy. Trudeau pushed back hard at the analogy.

Former prime minister Stephen Harper agreed last April to a G7 goal to decarbonize the economy by the end of the century, a timeline long enough to delay hard choices in the short term.

But under the new Liberal government, Canada was among those at COP21 who helped push for a goal of limiting global warming to around 1.5 degrees Celsius above pre-industrial levels, an ambitious target that demands swift policy action.

“All you have to do is talk to CEOs of major corporations and they’ll tell you, billions and billions of dollars have left Alberta and will never come back.”

“All you have to do is talk to CEOs of major corporations and they’ll tell you, billions and billions of dollars have left Alberta and will never come back,” Ambrose said in an interview.

“So if the Liberal government is talking about going even farther than the targets that we had already proposed to go to Paris with as a Conservative government, they need to look very closely at what the implementation of that looks like.”

Dave Sawyer, an economist with EnviroEconomics, says there are two tracks for ongoing oil sands production even in a low-carbon economy.

Companies with large investments already sunk in production will continue to make money off oil, but they’ll be less profitable.

“It’s like a sunsetting sector in the economy where you just don’t invest capital in the operation,” he said.

“This is the new normal, we’re into it.”

Future increases in production, meanwhile, must be driven by technology that reduces costs and carbon emissions.

“The longer term question is: Is there room for oil in a significantly de-carbonized world? There are a bunch of end uses we’re looking at now— even with transformative technologies— that you can’t really do much with,” said Sawyer, pointing to long haul trucking and jet travel as examples.

David McLaughlin, the former head of the defunct National Round Table on the Environment and the Economy, said the concept of stranded oil resources is now an accepted part of the climate debate— a development that poses profound policy implications for an energy dependent economy like Canada’s.

McLaughlin posited that this fall’s Alberta NDP climate plan, which includes a hard cap on oilsands emissions by about 2030, serves as “validation” of the stranded asset argument and thus has significance far beyond the specific greenhouse gas levels it legislates.

“This is the new normal, we’re into it,” he said in an interview. 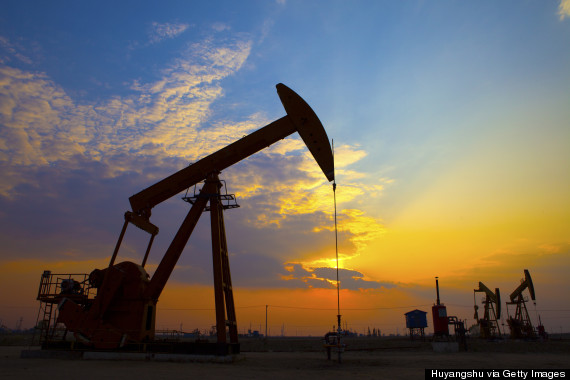 Linda McQuaig mused during the opening days of the federal election campaign that some of Alberta’s oil wealth would have to “stay in the ground” in order to meet Canada’s climate change targets. (Photo: Gettystock)

Managing the transition will be the policy challenge of a generation, he said.

The International Energy Agency released a report on the global energy investment outlook in June 2014 that clearly laid out the looming stranded asset debate and the perilous path ahead for fossil fuel investors and public policy makers.

The report’s summary of conflicting public sentiments is cautionary reading for Canadian governments: “a demand for stronger action on climate change but a backlash against the cost of subsidies; opposition to fracking; protests against nuclear and coal-fired plants; suspicion about CCS (carbon capture and storage).

With files from Stephanie Levitz