Bank Of Canada May Cut Interest Rate After Report Of Stagnant Economy: Analysts

Uber is Not Good or Bad — It's Inevitable

OTTAWA — Canada’s economy didn’t grow in October, and that has analysts wondering if the central bank could be eyeing another cut to its key lending rate.

Without the increase in the mining sector, the country would have seen another economic contraction after September’s 0.5 per cent annualized decline, Exarhos said in a brief commentary.

He said the new GDP figures put the country on track for zero growth in the fourth quarter and could signal another interest rate cut from the Bank of Canada if things don’t improve. 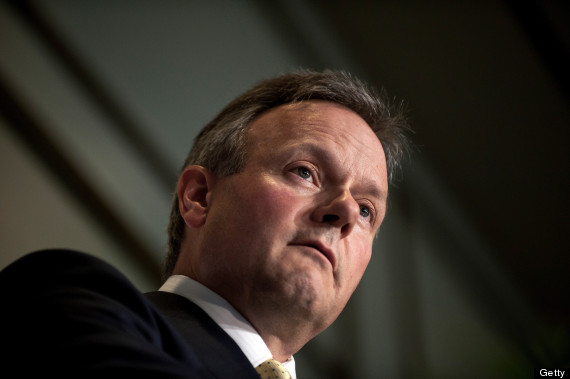 In its most recent monetary policy report, in October, the central bank had predicted growth of 1.5 per cent in the last three months of the year.

That was offset by declines in manufacturing, retail trade and utilities. Spending on natural gas and electricity also fell as much of the country experienced mild weather in the weeks before Halloween.

TD economist Brian DePratto wrote in a research note that the Canadian economy should rebound towards modest growth in 2016, but that projection rests on rising demand for Canadian exports — and that growth in demand is currently nowhere to be found.

“As a result, the risks are skewed to the downside and we cannot rule out further easing should we see continued material disappointment in Canadian economic growth,” he said.

Mining, quarrying, and oil and gas extraction rebounded in October, rising 0.7 per cent after falling 4.7 per cent in September. The use of non-conventional sources of oil, such as the Alberta oilsands, rose 4.5 per cent after a 10.6 per cent decrease in the previous month.

“The risks are skewed to the downside and we cannot rule out further easing should we see continued material disappointment in Canadian economic growth.”

The finance and insurance sector declined for a third consecutive month, falling 0.1 per cent despite a gains in financial investment services.

Statistics Canada also released data showing retail sales posted a small increase of 0.1 per cent in October, although sales actually fell by 0.3 per cent in terms of volume.

Ontario and Quebec posted higher sales in the month, while retail receipts in British Columbia, Alberta and Nova Scotia declined. Alberta, which has been hit hard by the plummeting price of oil, saw its retail sales fall for the third month in a row.

BMO chief economist Douglas Porter said retail sales were a wet blanket, and provided the latest evidence that 2015 was a bad year for the Canadian economy.

In a research note, Porter described Canada’s 12 months of economic challenges to the tune of “The 12 Days of Christmas,” including the five straight months of negative GDP, three fiscal updates, two surprise rate cuts and a loonie in a swan dive.